Sir Ian Kennedy is inviting breast cancer patients who were treated by surgeon, Mr Ian Paterson, at Solihull Hospital to an open meeting on Wednesday, 13 March at the St John’s Hotel in Warwick Road, Solihull. 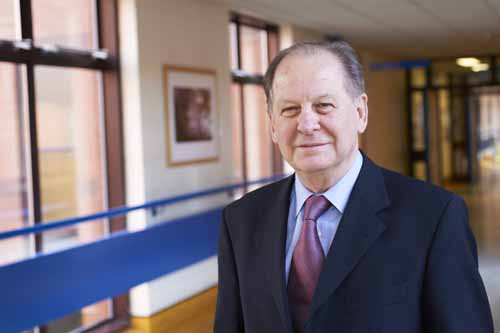 Sir Ian Kennedy, who is chairing the independent review at Solihull Hospital

Sir Ian Kennedy is chairing the independent review into the management of concerns regarding breast care services at Solihull Hospital, arising from incomplete mastectomy procedures.

The open meeting will provide past patients with the opportunity to share their experiences of how the Hospital managed their concerns and issues relating to incomplete mastectomies.

Those attending will also discuss whether the actions taken in response were appropriate, and carried out in a timely manner. This will form part of Sir Ian Kennedy’s evidence gathering.

On completion of the evidence-gathering process, Sir Ian Kennedy will make recommendations to the Hospital’s Trust Board in a report that will be made publicly available. The report is expected to be completed in summer 2013.

The meeting, which is for only those affected, is due to take place between 6pm and 8pm. Refreshments will be provided.

For more information on the Solihull Hospital Kennedy Breast Care Review, and details of how to contact Sir Ian directly, visit www.breastcarereview.co.uk