Following on from the tragedy of the recent M5 crash, Dave Woodhall argues that prevention is better than cure. 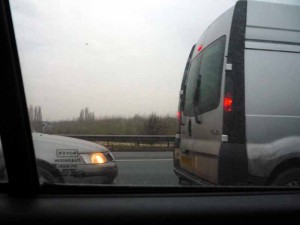 The crash on the M5 at Taunton last Friday evening was a dreadful tragedy. Seven people killed, 51 injured.

At least it was a freak occurrence; as a general rule our roads are safe even in the worst conditions. One thing that does disturb me is the way in which the firework display at the adjacent rugby club has been eased into the frame as a likely cause of the accident, or as a police spokesman put it, “a major line of inquiry.” To many people this will be proof enough – it was the fault of the rugby club. Maybe their bonfire was partly to blame, maybe someone was distracted by a firework either from there or elsewhere and thus set in motion the chain of events which had such tragic consequences. Or it’s possible that a sudden fog descended on the motorway. That area of the Somerset Levels is noted for such conditions – I’ve driven there myself and the mist can come down without warning only to disappear just as quickly.

However, one thing that everyone seems to be shying away from is the conclusion that even if a driver is distracted, even if a sudden bank of fog, or plume of dense smoke, descended onto the M5, the events of Friday night could have been lessened – or maybe avoided altogether – if those driving along the road had been behaving more carefully.

Some of the people involved in that accident were speeding; if not breaking the speed limit they were going too fast for the prevailing conditions. More importantly, they and others were too close to the vehicle in front of them. I can say this without fear of contradiction because it happens on every stretch of busy road at any time of the day. Next time you’re driving on a busy motorway, look at the vehicles around you and ask yourself how many of them would be able to stop safely in an emergency – and how many of them would cause you to get caught in the subsequent pile-up, no matter how carefully you’re driving. 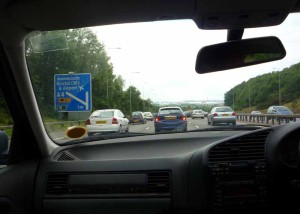 There’s a lot of argument about speed cameras, but most right-thinking motorists surely agree that going too fast is dangerous. Yet while there’s so much focus on speed, other areas of dangerous driving are ignored. Jumping red lights, for example, is such a problem on certain roads in the city that even stopping at all seems to be voluntary. Then there’s mobile phone use (which doesn’t seem to have lessened despite being outlawed four years ago) and the problem I mentioned earlier of leaving insufficient room is particularly prevalent on motorways.

While the policing of motorists has predominantly been handed over to a network of cameras that can detect speeding and little else, a culture of mad, bad and downright dangerous driving has been allowed to flourish. I wonder how difficult it would be to alter these cameras so they can detect other motoring offences than just breaking the speed limit?  Or for police patrols to pull up a few more red light jumpers and phone users? It can’t be too difficult, surely.

It took a long time for drink-driving to become socially unacceptable and for those caught committing such offences to be regarded as criminals rather than unlucky. One day speeding and other examples of bad driving might be seen in such a light. When that happens, events such as those of last Friday, rare as they are, will be even rarer and there won’t be such a need to look for scapegoats.