I remember catching trains from Birmingham’s Snow Hill Station with my grandmother when she and her friend would take me and my brother on day trips by train to Llandudno. Giant steaming behemoths would blast into the station spewing vapour and smoke over a thrilled young lad – scared half to death yet loving every bit of soot deposited on flesh and clothing. 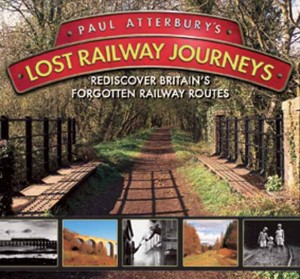 When the infamous Dr Beeching wielded the axe – that chopped the rail network almost by half – he incidentally created an opportunity. Where once ran mighty steam trains hauling elegant carriages, walkers can now stroll – enjoying the peace and tranquillity that used to be so rudely assailed by the trundling leviathans of the mechanical age.

Now a new book has been published that explores those ‘lost’ railways. 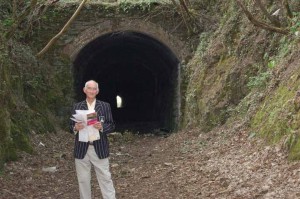 Covering England, Scotland and Wales, Atterbury’s book offers the reader vignettes of what once was.

I would have liked the opportunity to ride on the Yelverton to Princetown line across Dartmoor, or on the Maiden Newton to Bridport track a hopeful GWR built with view to creating a rival to Weymouth at Bridport Harbour – renamed West Bay as a marketing ploy.

Of course, many little railways have been rescued and restored – Severn Valley, Bluebell Line and  Ffestiniog and Welsh Highland Railways, for example – but most have become grassy track-ways for walkers or, worse, have been built over; thus denying the possibility of ever being restored, even as tourist attractions.

I’m always amazed at the willingness shown by those Victorian investors who threw money at building railways across the country, only to see it – in many cases – lost as if shovelled into the train’s fireboxes along with the coal. Great, however, that they did and left us with so many enduring bridges, canal crossings, cuttings, tunnels and buildings of outstanding design and workmanship. I wonder how the investors in the planned High Speed 2 line will be considered in 150 years time? 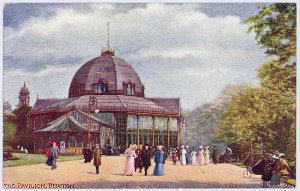 For anyone with an interest in British countryside, industrial rise and fall, Victoriana or just misses the hiss of steam and stink of burning coal then Paul Atterbury’s book is a little gem of nostalgia. But it’s also a useful guide and one I shall enjoy consulting on my strolls around the country.

Published by F&W Media International at £15.00 but available for less on Amazon.