Andy Munro has a few words to say about Kurt Zouma.

In writing about a certain Mr Zouma, I have to declare an interest in that I have had a loyal and affectionate Bengal cat as a pet for ten years.

The ‘contrite’ Zouma is only contrite because he got found out and his spiel about their ‘loving family home’ for their pets was no doubt written by his agent. His brother is almost equally culpable in publicising the video and probably for that stupidity and crassness puts even Zouma into the Bamber Gascoigne (RIP) category. 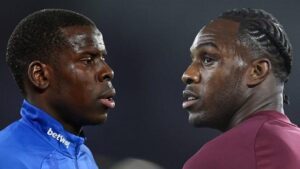 If this had been mistreatment of a human then Zouma would be looking at a jail sentence so let’s hope he is prosecuted in both the UK and France, where the latter’s maximum sentence is up to fours years. Certainly, he should be banned for a very long time from keeping pets and his Bengals should go to a loving home and not be returned to their current owner.

Finally, DAvid Moyes doesn’t come out of this very well. Would he have played Zouma if he had kicked a person across the room? I think not and kicking a defenceless cat is probably worse. The only good to come out of Moyes’ decision was the booing of both sets of fans in the Hammers game against Watford.

Incidentally, apart from the Bengal cats, the person I most feel sorry for is the son because he’s likely to be dragged down to the standard of his father, which bodes ill for his future.