Will Mapplebeck went to a Corbyn rally. Here’s five things he learned.

The other day, Jeremy Corbyn came to town. In a spirit of political curiosity I went along in the pouring rain to stand in an overflow car park to listen. Below is a quintet of points to be made:

According to organisers, 10,000 people attended the event. Walking there felt like going to a football match, people sang songs, waved flags and walked on the road. I’d say a good three-quarters of the crowd looked between 18 and 24 years old, including quite a few young families. Whatever your reservations about JC’s policies, his ability to reach people who wouldn’t normally engage in mainstream politics is remarkable. This event wasn’t widely advertised, was organised at short notice with little publicity and took place in almost constant rain, yet thousands turned up, with many charging up a hill past hapless police officers to try to get a better look.

Like any big event, this came with warm-up acts of varying length and quality – the most impressive of which was Labour’s General Election co-ordinator Ian Lavery, who knows how to rouse an already excited crowd. But if audience participation isn’t your thing, don’t go to a Corbyn rally. It requires you to boo, hiss and cheer on cue. It’s a bit like political pantomime with the nasty party as the Ugly Sisters. Top of the boo list was Mrs Thatcher, followed by Mrs May, Boris Johnson, Bedroom Tax, Tories in general and the Home Counties. Judging by the cheers, scrapping tuition fees is Labour’s most popular policy, followed by dismantling welfare reforms and reversing austerity. 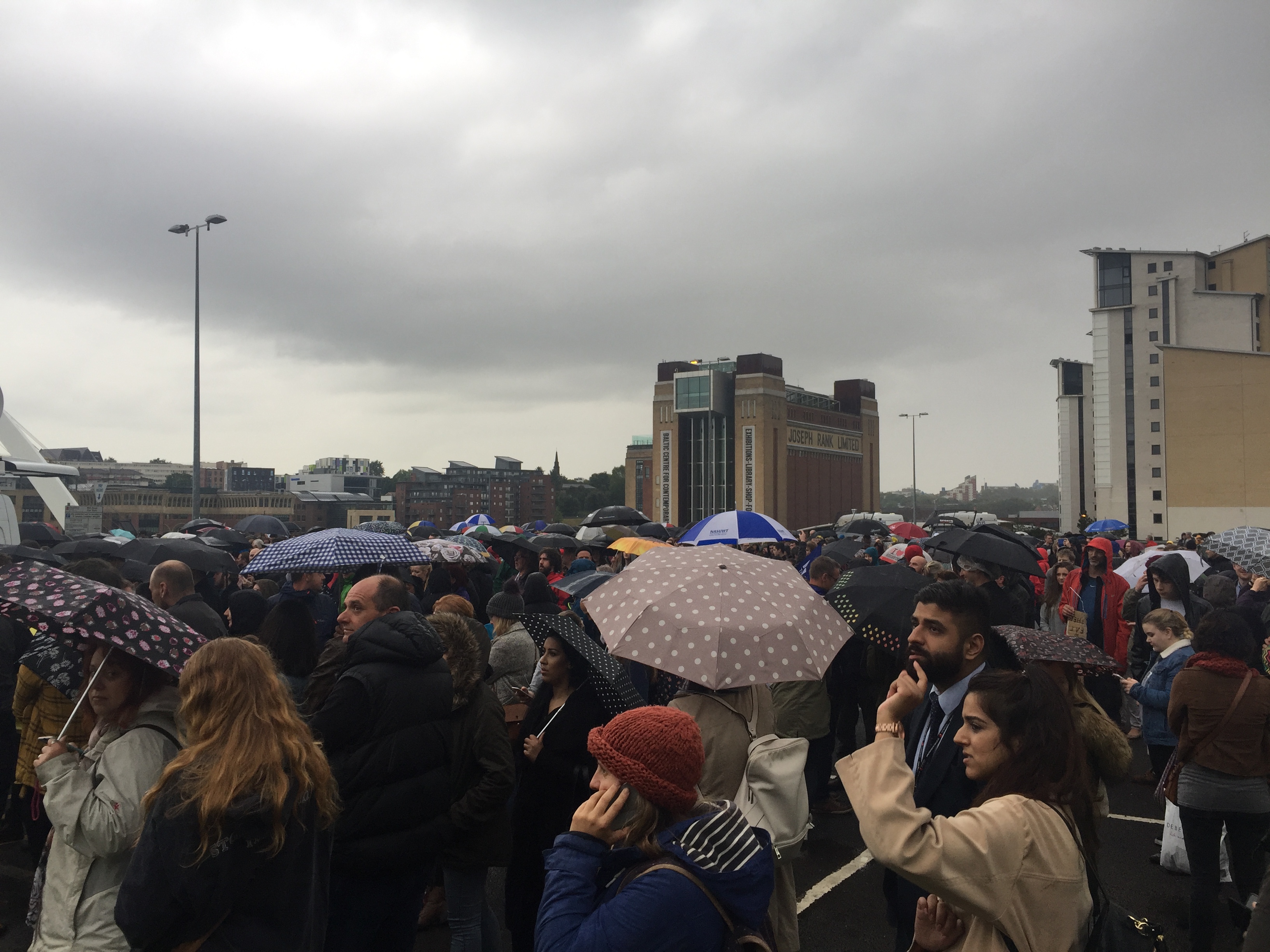 No-one is talking about winning…yet

I heard JC referred to as “the next Prime Minister of the United Kingdom” by just one speaker. This felt like a rally to celebrate a valiant, but ultimately unsuccessful struggle, three days before the poll. One speaker told the crowd that they might not win this time – due to the usual suspects of a biased media and a mocking establishment – but that they were the majority and would one day be on “the right side of history”. At the heart of this is an interesting argument which I’ve heard before, basically saying that the UK isn’t quite young and diverse enough for Corbyn to win yet, but in twenty years it might be and a winning Obama-esque coalition could rise to power.

JC has spoken to more rallies than I’ve had hot dinners, but whisper it, I think his speaking style is patchy. His most frustrating habit is building to a rhetorical point, but then drawing back at the last second to qualify or add policy context. He also rambles between subjects as diverse as pensioner poverty and climate change. He twice described manifesto policy initiatives as “quite large” – hardly the most dynamic use of language. I know this is part of his untutored appeal, and this crowd would have cheered if he’d announced plans to bomb North Korea on June 9th, but I did sense a bit of frustration within the audience at his inability to come to focused points.

Talking to the tribe

All politicians love to preach to the converted, see the Vicar’s Daughter’s interactions with “ordinary people” who stand around aimlessly in warehouses and happen to wear blue rosettes, but JC does it on a bigger and more successful scale (see above). If Corbyn thought he could win, would he be wasting an evening in the run-up to polling day in a town with a 15,000 Labour majority? The crowds were extraordinary both in numbers and demographic make-up, but this wasn’t an event for the undecided, this was one for the tribe.

One thought on “When Corbo comes to town”