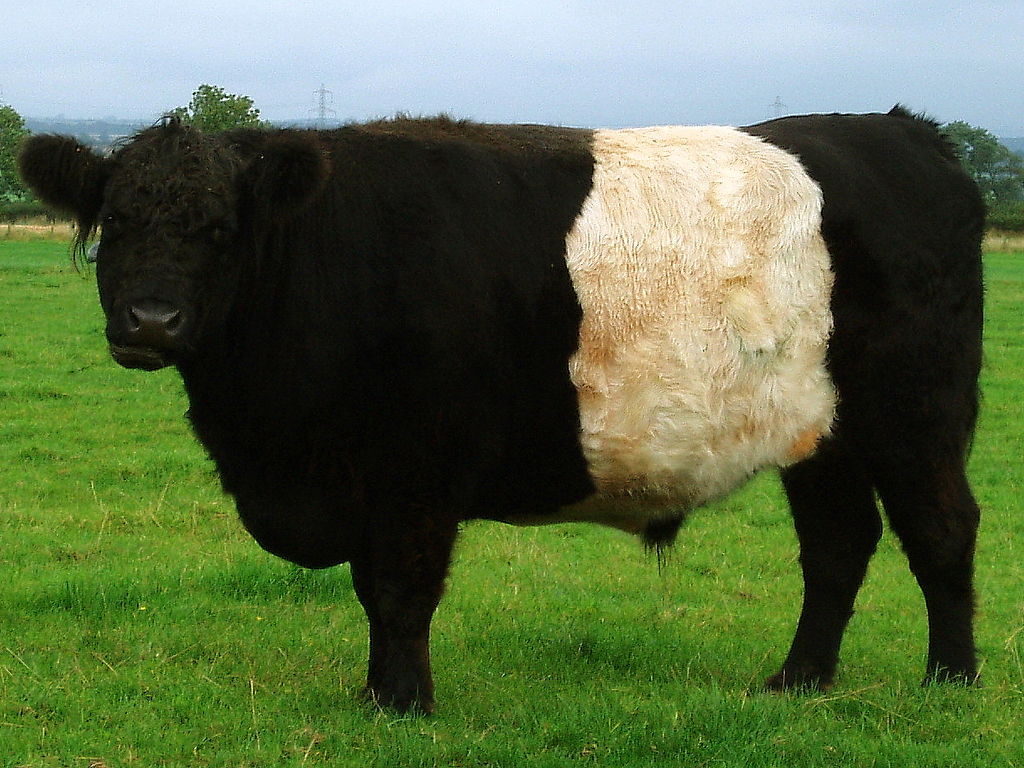 Richard Lutz settles into a quiet corner of Britain for a yearly farming show.

Well, all the world, it seems, is heading for Scotland. That’s for sure. Maybe not the whole of Scotland per se but it’s a fair bet that the hordes of cognoscenti are landing about now for the incomparable Edinburgh Festival that will jam the streets of this city for the next three weeks.

And as this country reels from the Brexit vote, reels from the bloviating delusional drivel from Trump and reels in dumbfounded amazement why there is no summer weather this year, it may just be time to head for a quiet slice of this island that many ignore or simply don’t know about.

Specifically, I am talking about The  Stewartry in south-west Scotland. Yes, indeed, this little corner of the nation includes gentle valleys and rounded green hills, twisty country lanes and little gems of country towns with names such as Castle Douglas, Kirkudbright (pronounced Ker-coo-bree), the magnificently entitled St John’s of Dalry and even lonely Carsphairn tucked into the Galloway hills.

The Stewarty has its own annual cycle. And one of its standout days is the yearly farming show held at the Castle Douglas rugby grounds, come rain, shine or…let’s be honest…rain.

The folks here descend from their hill farms and their dairy spreads to meet up, drink, watch the Belted Galloway beef judging (see above), the dog shows and the equestrian events and let the kids run free, luckily on this day, on a dry day bathed in a weak but grateful sun. 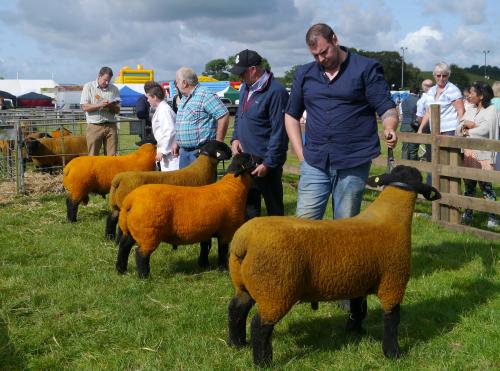 Regardless who wins the flower arranging exhibition or ram trials, it is a rock solid diary event to swap gossip, talk prices and Agrobusiness or theorise on that blasted weather.

And, as a thrill-ridden extra, in order to give the young Turks a bit of entertainment and get their minds off the sheep pens, there is the daredevil Stennart family motorcycle show, billed by the scratchy PA system as “so dangerous that we have put a rope around the ring to accommodate health and safety”.

The Stennarts, dad, mothe rand son Alan, roar across the grassy display area on quad bikes balanced on two wheels, mountain bikes with no front tyres and a motorcross scrambler that gracefully jumps the ramshackle ramp and soars over the family van parked right below the lift off. The Dangerous Stennart family, ladies and gentlemen, who set fire to Mrs Stennart (in a flame proof uniform) before buzzing around the ring to wild applause, augmented by a great deal of wheelies, AC/DC anthems, screeching brakes and revving engines.

And then, of course, it’s back to the beer tent, the heifers, the tractor marquees and the horses.

This is a Britain immersed in its beefy cattle, its sheep competitions and, one to not miss, the funny animals made out of vegetables where every six year old competitor gets a Well Done ribbon. Hey, here’s one of the winning entries: 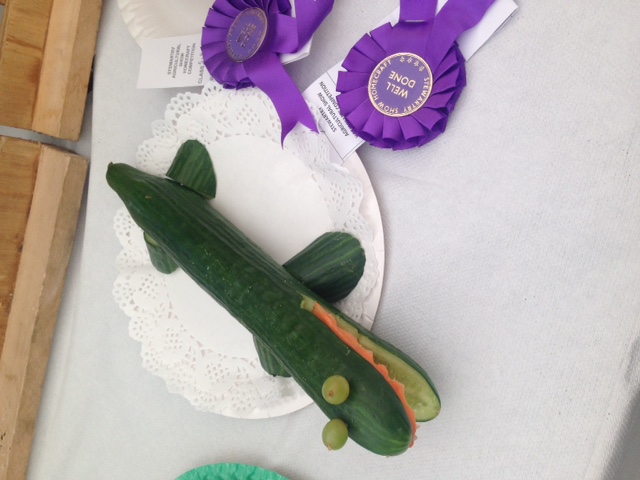 This is a Britain a million miles from the wine bar chatter at the cosmopolitan Edinburgh Festival up the A7, the bar room arguments over Brexit, the sedentary settling in for wall to wall Olympic TV viewing, the fraught debates over a bank interest rate tanking at near-zero.

It’s Britain without the worry on a sunny afternoon, viewing the livestock, the Stennarts daredevil motorcycle family and the rib eye steak sandwiches doled out right next to the Irish whiskey tent on a summer day in a quiet corner of this pummelled but lively island.