Sir Howard Elston, our security correspondent, on that double gaffe by our reigning monarch and our political leader.

New Twitter feeds emerging as I write this reveal just what QEII and England boss David Cameron inadvertently said while the microphones were on.

In the past 24 hours, both revealed just who they really are: The Queen doesn’t like people who are rude to her flunkies. And PM Cammo, in a separate incident, is thick as dog dirt on a frozen pavement. 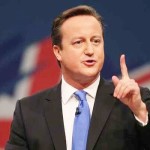 Speaking to the Queen as he crawled toward her like a Buddhist monk making his way to a Tibetan temple, he said: “I just can’t wait to get down to that International Corruption Convention so I can get some inside tips from Nigeria and Afghanistan on how to tuck away some dough into my secret family accounts in Panama.

“All that loose cash paid for my Eton and Oxford education plus a jolly or two at The Bullingdon Club where I did great things with a dead pig. And now I got school fees to pay for – just like my dad did.” 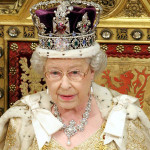 As for Queen Elizabeth, now 90 and addled after opening 6578 leisure centres, she said: “The Chinese are so rude.

Phil are I were waiting at the  Golden Hacienda Takeaway for our burrito chow mein and two cans of diet Red Bull and they wouldn’t serve us because 34 people were in front of us. Don’t they know how exhausted we are after eating Corgis and waving and riding around in a Daimler?”

The secret tapes of the gaffes were leaked today for an unknown fee. Prince Andrew was unavailable for comment as he was judging the Miss Azerbaijan Nude Beauty Championships in downtown Baku before jetting off to The British Virgin Islands for reasons unknown but attached to dirty money and dubious acts with chickens.

Phil, a royal watcher from Leeds and a nifty second hand car dealer, commented in a commenty sort of way: “The Queen should step down and let Corbyn rule Old Blighty. He’s my boy, a real Commie. He’s old school, that one.”