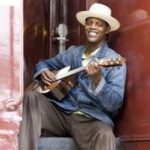 It features  a  line-up of nationally and internationally renowned artists, alongside  local and emerging talents and celebrates the unique voices and sounds of folk. It runs from until Monday 16 May.

This year’s festival begins on Thursday with a tribute to one of the most influential English singer-songwriters of the last 50 years, Nick Drake. Originally commissioned by THSH in 2009, Way To Blue: The Songs Of Nick Drake now returns full circle after touring the world. Curated by Drake’s producer Joe Boyd, and featuring original orchestrations by the late Robert Kirby, this very special tribute concludes its story where it began at Town Hall for a one-off performance at Imagined Isle. Confirmed names include Sam Beam from Iron & Wine, Academy Award winner Glen Hansard, Vashti Bunyan and Green Gartside, all accompanied by a house band anchored by Danny Thompson – the legendary bassist who played on many of Drake’s recordings.

Several of the artists performing across the weekend at Imagined Isle have recently been nominated for the 2016 BBC Folk Awards. These include Emily Portman for Folk Singer of the Year, The Furrow Collective for Best Traditional Track and False Lights for Best Album. The line-up also includes the internationally acclaimed and previous BBC Folk Award winner Kate Rusby, supported by local favourites, Boat To Row.

Sunday’s line-up will see the return of another THSH commission originally performed in 2012, featuring The Ukulele Orchestra of Great Britain exploring the works of Cecil Sharp, the collector who travelled extensively in England and America finding songs during the early 20th century. With his material they bring key ingredients of folk and pop music into focus, and tradition up to date.

Future Folk presents the best rising talents and those at the progressive forefront of British Folk music in a performance created in partnership with English Folk Dance and Song Society especially for Imagined Isle 2016. Alongside False Lights and Luke Jackson, previous winners of ‘Best Duo’ at the 2015 BBC Folk Awards, Josienne Clarke and Ben Walker take to the stage on Sunday, transforming songs that are centuries old and making them personal and present again.

With a career that spans over five decades, 36 albums and non-stop touring, one of the leading Delta bluesmen of his generation, Eric Bibb finishes off the festival in timeless style. Bibb will be performing with his full band at Town Hall as part of his Lead Belly’s Gold Album tour.