Part 4: Manchester, the BBC and beyond.

In terms of population and various other statistical indicators, Birmingham is the UK’s second largest city. But it is no longer the second most important. Since the turn of the millennium – and likely even beforehand – Birmingham has been falling behind Manchester and, arguably, several other British cities as regards national and international profile, relevance, large-scale infrastructure projects, culture and sport.

It has taken time for some to fully realise both what has happened and the implications it produces. But even the city’s most ardent cheerleaders must face the uncomfortable truth that, in so many key areas, Birmingham now lags behind Manchester (or more accurately Manchester/Salford) just as the West Midlands trails behind the North West – and the gulf is widening rapidly as the trajectories of the two cities and regions move at very different speeds.

Out of Birmingham’s failed bid to host the 1992 Olympic Games came funding for the National Indoor Arena for Sport. A decent prize for what was never anything more than a statement of intent by Britain that it wished to host a future Olympics; a trial run for what eventually became London 2012. Birmingham also wanted to bid for the 1996 Games but the British Olympic Association decided that Manchester should have a turn. Inevitably they failed but performed well enough to be Britain’s candidate for the Games of 2000.

Where Birmingham had received a solitary supporting letter from Margaret Thatcher, Manchester now enjoyed the full backing of John Major’s government. Sydney got the decision but Britain’s credentials as potential hosts were established and so were Manchester’s; the city securing funding towards a 21,000 capacity indoor arena as a thank you from central government. When the chance to stage the 2002 Commonwealth Games arose Birmingham City Council decided by a single vote against bidding. Manchester had no such qualms and won the Games.

Bolstered by substantial regeneration monies (£83m of public investment, £500m of private) following an IRA bomb in 1996, which mercifully killed no one but decimated part of its’ city centre, Manchester’s renaissance was underway. It’s doubtful if any city has benefited so much from hosting the Commonwealth Games but Manchester gained a raft of new sports venues, several under the moniker of Sportcity (public sector grants totalled £135m), including the National Cycling Centre velodrome, aquatics centre, national squash centre and the City of Manchester stadium complex, in addition to wide-scale regeneration in the east of the city. Birmingham merely looked on.

Since 2002 the Manchester Regional Tennis Centre has been added to Manchester’s sporting inventory and the National Cycling Centre expanded to include extensive BMX facilities. In 2016 the National Speedway Stadium and National Basketball Centre will also open in the city. But it was the stadium, now renamed the Etihad and home to Manchester City Football Club, which has provided an almost incalculable long-term benefit.

Without this it seems unlikely that Sheikh Mansour, a member of the Royal Family of Abu Dhabi (estimated worth, £1 trillion) would have purchased City in 2008 transforming the club into a giant of the modern game, developed a 5,000 capacity athletics and football stadium (home to Manchester City Ladies) adjacent to the main ground and invested £200m in a state of the art training complex. It doesn’t stop there though. With the Mansour family also now investing in educational facilities and homes in east Manchester as part of a joint £1bn decade-long plan in conjunction with the local authority. 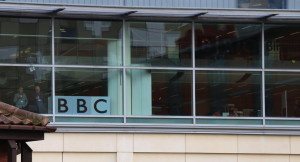 BBC in The Mailbox

Yet that wasn’t even the half of it. In the early 2000s local BBC management committed to leaving the expansive Pebble Mill site for a smaller city centre location at The Mailbox development – rented at a reported £2 million per annum. The previous decade Central Television had relocated most of its production facilities from Birmingham to Nottingham. Local media and politicians cheered the BBC’s decision to move into the heart of Birmingham and away from the tired facilities at Pebble Mill, apparently oblivious to the fact that downsizing – rather than rebuilding – would consign large-scale BBC television production in the city to history.

When the BBC began a major programme of devolution from London to the regions shortly afterwards, Birmingham was ignored and Manchester/Salford – where an enormous complex named MediaCity was planned  with full local authority support, – became the corporation’s second home. By the time Birmingham realised the implications of what had taken place, the national airwaves were filling with northern voices, northern stories and northern culture. The outpourings of complaint now emanating from this region’s politicians and print media over Birmingham’s near invisible national profile are thus at least a decade too late. For Birmingham the implications of the BBC’s move could not have been worse had Parliament and the Royal Family relocated to the north-west!

To compound matters, Birmingham’s bid to become European City of Culture 2008 failed when the government chose Liverpool. It also entered the race to become British Capital of Culture 2013 and Derry won the bid. The city fares no better in terms of the arts. Birmingham lacks a museum or art gallery of national significance whilst Liverpool (the Tate, the Bluecoat and Museum of Liverpool Life), Newcastle/Gateshead (the Baltic and the Sage), Leeds (Royal Armouries Museum). Manchester (The Lowry, Imperial War Museum of the North, National Football Museum, Whitworth Art Gallery), Leicester (National Space Centre), even Margate (Turner Contemporary) and St. Ives (another Tate) have opened major spaces during the past fifteen years.

For sure there is much happening at a local level but, lacking the exposure a mainstream national broadcaster (or even newspaper) could bring, it remains largely undiscovered and below the radar; the city no longer even has a tourist information centre. Birmingham has no equivalent of the Manchester International Festival, the Liverpool Biennale or the Edinburgh Festival or Fringe. It has produced few, if any, major nationally or internationally acclaimed popular musical artists in over thirty years and no visual artists in far longer, whilst it is a desert where long-form filmmaking and publishing are concerned. Though, on the plus side, we’re fine for city centre bachelor apartments, hotels and shopping centres. 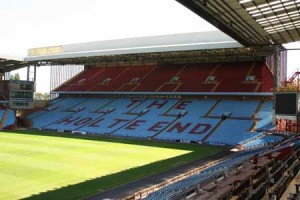 Birmingham even squandered the chance to become an Olympic city, It was designated to host men’s and women’s football at the 2012 Games until Aston Villa refused to guarantee the availability of their ground (for a possible redevelopment that there is still no sign of five years later!) so Coventry stepped in, got the kudos and enjoyed the party! Once dubbed Britain’s city of sport, Birmingham’s sporting facilities are fast becoming outmoded and overtaken by those elsewhere.

Despite notable recent improvements at Edgbaston and the Priory Tennis Club, the city has no competition standard 50 metre pool (the soon to open facility at the University of Birmingham will not fit those requirements), no velodrome, no major hockey facilities, no major rugby ground, indeed no major outdoor sports stadium at all. The recent rugby World Cup stayed longer in Milton Keynes than it did in Birmingham and if England were to stage a football World Cup or European Championship finals (the latter is quite possible in 2020) it is unlikely that anything more prestigious than Group matches would be played here.

Contrast again with Manchester. Home to two of the world’s richest and most successful football clubs (along with two international standard football stadiums), paying astronomical fees and salaries to attract the world’s finest players. Birmingham’s two clubs can barely hold down a top division place between them, collectively winning but a solitary major trophy since 1996, Birmingham City’s 2011 League Cup triumph. It is to say the least all very disappointing.

It helps when the most powerful man in British politics represents a local constituency, but Chancellor George Osborne’s plans to create an economic hub across northern England centred around Manchester, Liverpool and Leeds would likely have been on the agenda irrespective of his being the MP for Tatton in Cheshire. Although still to deliver much that is tangible, should Osborne invest the political commitment, will, energy and finance to match his vision of such a mega city region then the potential exists for Manchester and the north to flourish as strongly as it did in the 19th century ‘Cottonopolis’ era.

And having reaffirmed in his recent spending review an investment of £13 billion on northern transport schemes during the current Parliament (much of it on HS2, much else directed via the recently formed Transport in the North) Osborne’s promises may soon become deeds.

It’s not that Osborne specifically dislikes Birmingham and the West Midlands more that, being outside the geographical scope of his masterplan, the region is most likely some way down his priorities. Naturally the Treasury and Business departments make occasional encouraging noises and have even offered the Combined Authority the decidedly miserable sum of £30 million per annum in devolution monies, but when Osborne discouraged Chinese President Xi Jinping from visiting Birmingham in October it was not due to some sleight, but because in future the action will be in the north. Birmingham has been bypassed.

One thought on “Decline of the invisible city”