Part 3: Birmingham – Not for the People.

I think that we delude ourselves: a glitzy building, a new shopping centre, that show pony of a library, disingenuous visitor statistics; Birmingham is rarely all that its movers and shakers would have us believe.

In the late 1990s Birmingham City Council was anxious to proceed with redeveloping the Bull Ring Shopping Centre. Little more than thirty years after it had opened to great acclaim, by common consensus the Bull Ring was out of time. So desperate were the council to see it replaced that they ignored explicit warnings that the plans before them would severely limit future expansion of New Street Station by placing the shopping centre’s foundations precisely where additional track and platforms would need to go.

Furthermore, rather than accepting the design principles of the widely praised Birmingham for People Bull Ring scheme, which proposed a mix of small and medium building footprints and a prominent central location for the city’s markets, they agreed that the new centre be comprised of two enormous blocks with the markets moved to the development’s southern periphery. 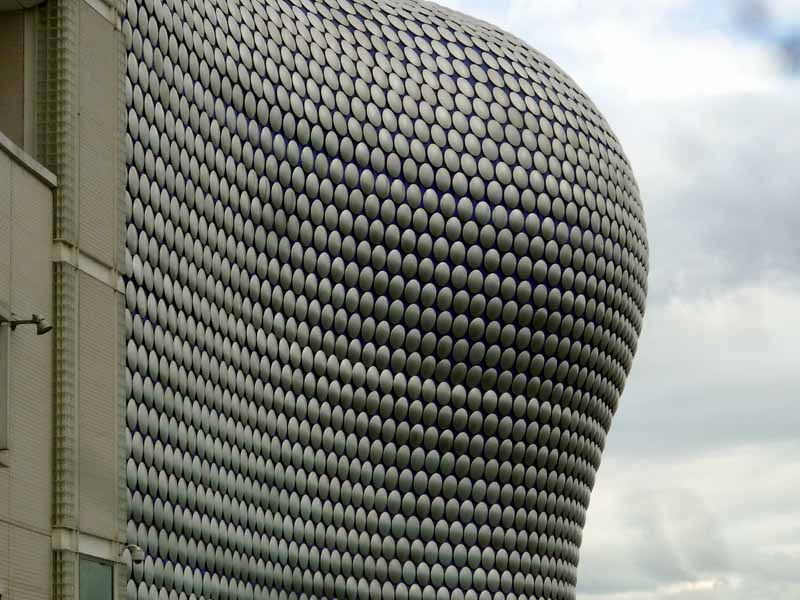 This effectively cut Digbeth off from the city centre whilst ruining the potential for exciting west to east street patterns and leaving what looks like an unfinished Selfridges building jutting awkwardly and unsatisfactorily from the remainder of the Bull Ring shopping centre. What could have become Birmingham for people had become Birmingham for developers.

It is a scenario repeated many times. In all of the city centre’s substantial rebirth and expansion since late last millennium, virtually no family housing has been constructed nor green space laid, whilst thousands of modestly proportioned and aesthetically challenged apartments for rent or buy to let have been erected and acres of tarmac put down.

It is not that contemporary Birmingham buildings – whether residential, business, retail or service sector – are necessarily hideous or ugly, more that the vast majority are insipid, bland, with the tallest not particularly tall, the most memorable not especially memorable, just an array of ordinary architecture, buildings one could stare at for an hour and yet remember nothing about. 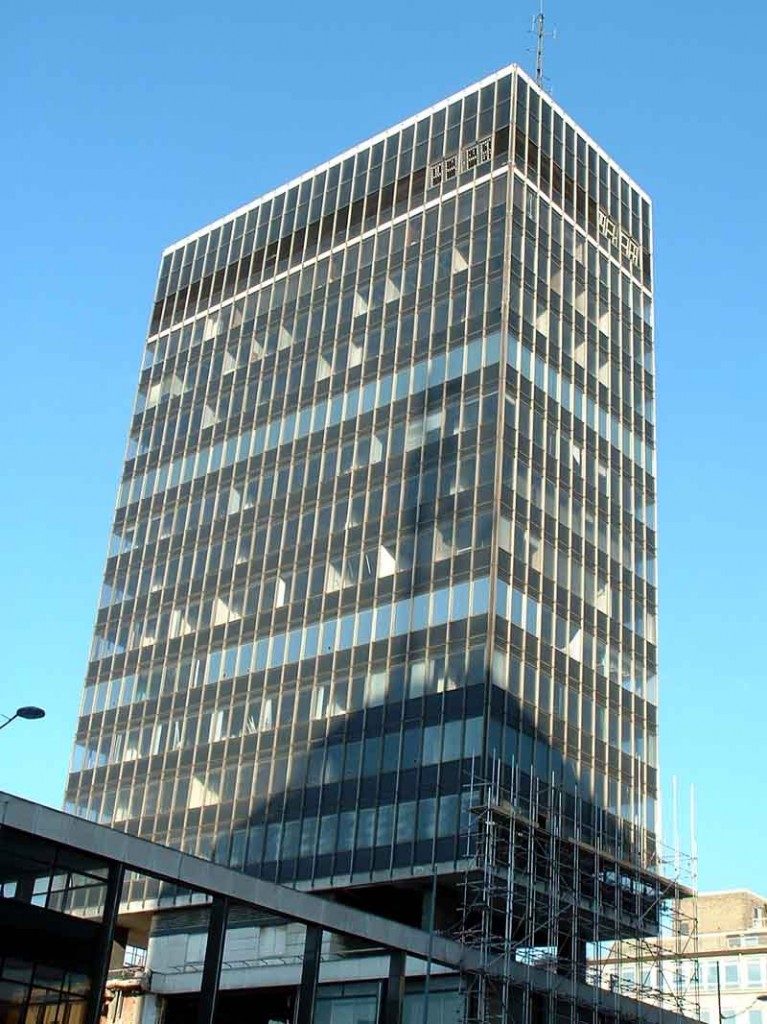 Our architectural heritage has fared no better. Hockley and the Jewellery Quarter, with their distinct legacy of workshops and small manufactories, has been compromised by numerous plain and unambitious residential or office developments (accentuating mistakes made during the 1960s and ‘70s), At Colmore Circus John Madin’s glorious mid-1960s Post and Mail tower was raised (a fate that has befallen much of the work of this, arguably Birmingham’s most famous and stimulating architect) primarily because the developer wanted larger floorplates.

Meanwhile, Victorian and Edwardian edifices such as the Grade II* Moseley Road Baths in Balsall Heath have been left to decay whilst several popular and serviceable pre-World War II swimming pools are being demolished for no better reason than the private sector who now operate the city’s leisure centres consider them commercially unattractive.

HS2 and the Midland Metro

Good news or further delusion? The recent announcement that the Birmingham-Crewe section of High Speed 2 (named HS2a) is planned to open in 2027, six years earlier than previously announced, will result in better rail connections from Birmingham to the north. But the move is chiefly concerned with improving linkages between Manchester and Leeds with London via a railway line whose primary route circumvents Birmingham as it traverses north to south, with the city centre reached only by a spur from the main line.

Thus many HS2 trains will bypass central Birmingham although the area surrounding the HS2 station near the NEC and Birmingham International Airport, where the UK Central commercial and retail development is planned, will likely be more amply served.

The station’s planned location alongside Moor Street takes it into the heart of the city (covering the spot where the Richard Rogers designed city library would have been) although it would arguably have been better to build a larger mainline station here, incorporating HS2 but with links to existing north-south east-west rail routes.

Undoubtedly there will be numerous construction opportunities in the Eastside, Deritend and Digbeth area but the ability of these areas to fully benefit from the station will in no small measure be dependent upon the permeability of the design of what will be Birmingham’s largest building as regards it not creating a barrier to and from the city centre’s core.

However Birmingham is already attempting to maximise whatever opportunities HS2 might bring with developers being wooed both by the council and the Local Enterprise Partnership. The Beorma office scheme and the proposed redevelopment of the former wholesale markets plot indicates the kind of transformation the area is set to undergo but instead of the same old same old, how much more refreshing if a large park, vast square, waterscape or wide boulevard – all amenities that the city centre lacks – were to be the centrepiece of the regeneration.

How much better if this were an area whose streets, public realm, activities and borders were not dictated and restricted by property developers as has increasingly happened in other parts of the city centre, but instead by the residents of Birmingham and their imagination.

Whether spending over £50 billion on a high speed, north-south rail link is a good investment remains debatable, but even with a competitive fare structure the need for HS2 to meet projected passenger numbers and financial targets may require a subtly imposed scaling back of services on existing routes between Birmingham and London, freeing capacity which might then benefit local or regional services.

And it is questionable in any case whether HS2 will primarily benefit London at Birmingham’s expense by making the capitol more accessible from a trade and tourism perspective. Logic and instinct suggest that the majority of journeys will be London-Birmingham return rather than the other way around, although the possibility of HS2 turning Birmingham into a de facto satellite of London would seem a dispiriting outcome. 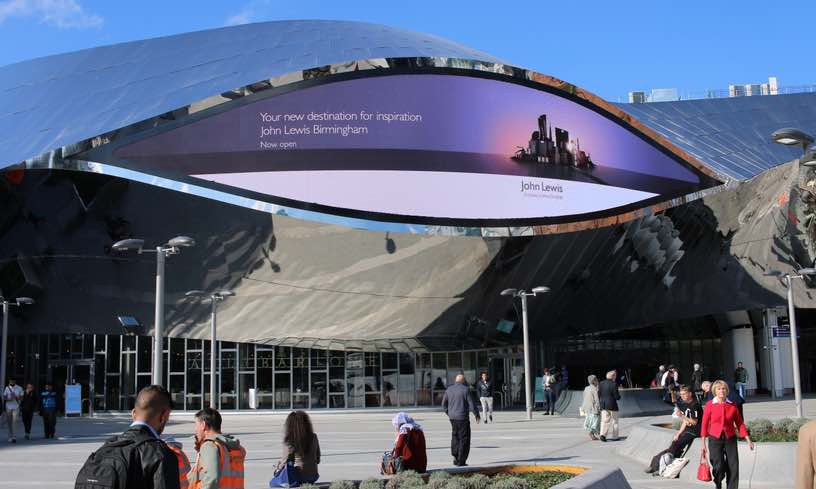 Sadly, Birmingham citizens have seen no benefits from the £60 million lavished on the Midland Metro extension between Snow Hill and New Street railway stations (with a further £42.4 million allocated for the few hundred yards stretch to Centenary Square now under construction). Placing Metro on the streets has forced numerous bus services from the spine of the city centre to its margins, left New Street Station and the Grand Central shopping centre almost bereft of easily accessible bus services whilst meaning that many cross-city bus journeys involve substantial walks between stops. Further planned extensions will almost certainly exacerbate the situation.

Turning city centre streets into railway lines is a policy that the public never asked for, one forced upon Birmingham residents and which impacts most adversely upon those least able to cope with its many negative aspects. How much more insightful to have spent such sums of money on re-opening rail stations at locations including Rubery, Kings Heath, Moseley, Balsall Heath, Highgate and Sutton Park, on a fifth platform at Moor Street and new stations in the east of the city.

Tomorrow; Part 4: Manchester, the BBC and beyond

3 thoughts on “Decline of the invisible city”