Richard Lutz lays down his critic’s pen and remembers the great, the good and the embarrassing after a dozen years of reviewing Midland performances. 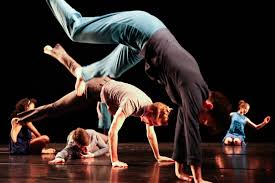 I’ve decided it’s time to hang up the keyboard and stop reviewing. Time to hand over the poisoned quill.

As they say in the trade, “It’s been a pleasure” though at times it’s also been a royal pain in the neck getting out to Coventry or Stratford on a February night, watching, let’s say, a play or a comic and driving home in the sleet with absolutely no idea what to write.

But I hacked it out. And now it’s time to hand over to a successor to ensure this site gives you an idea whether a highly-hyped performance delivers bangs for its bucks. Or if a small theatre group in a tiny studio is a Must See. That is, if and when the theatres turn on the lights again, give staff back their jobs and hand the public a good night out (hopefully).

Yes, inevitably, I have a list of the good, the beautiful and those that made my grit my teeth so hard that I cracked molars. In no order then:

**Watching four hours of rollicking good fun when the RSC filled its Swan Theatre with its two-parter, The Canterbury Tales. I saw it on successive nights and everyone kept looking at me and pointing until I realised Prince Charles and Camilla were in the row behind

**Reviewing some of the best modern dance in Britain thanks to The Patrick Centre and the producers at The Hippodrome who brought us Twyla Tharp, Birmingham’s Rosie Kay and host of young dance maestros from the city as well as Birmingham Royal Ballet. 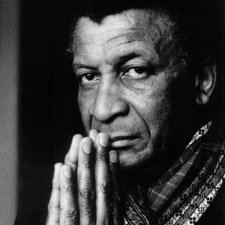 **Listening to jazz pianist Abdullah Ibrahim (above) at the Warwick Art Centre as he combined African rhythms, be-bop and soul. His opening number hypnotically lasted for 45 effortless minutes. He only stopped when a stage manager nervously sidled up, whispered in his ear that it was interval time and he had to stop. Ibrahim stood up, smiled apologetically, bowed and returned for a second half just as powerfully, just as magically.

**Holding my breathe in fear and trepidation as an ageing top-ranked star (no names here) brought us drama we didn’t expect as he kept forgetting his lines in a Brecht play. It was heartstopping. He got through it. A trooper.

**Sadly, witnessing Nancy Griffiths stop her music at The Town Hall, reveal she was sick with cancer treatment and walked off saying: “Sorry, I’ll be back, sometime.” She did return, by the way.

**Sitting high up in the NIA, hearing Robert Plant and Allison Krause as they kicked off a joint world tour by opening only a heartbeat away from Plant’s native West Brom. He was a bit shaky with nerves; after all it was a home crowd. 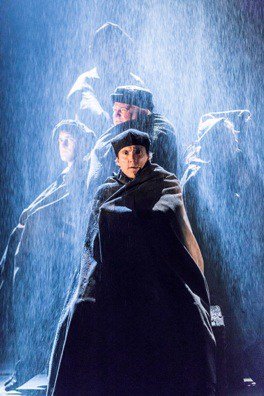 **Tipping my hat for the five star Wolf Hall play cycle at the RSC in Stratford (above). The troupe brought great literature to the stage with aplomb and gravitas

**Reviewing a pitch perfect James Taylor use video of his family’s home movies and singing to them and getting a bit fouled up over “new technology” (well, a laptop, actually).

**Getting a phone call early one morning from the husband of a supporting actress who tore up the stage in Twelfth Night. But I mixed her name up with the lead. Ouch. I corrected it immediately. Actors need all the publicity they can earn if they’re good. She was good.

**Always keen on the Hippo panto, one of the best and most vulgarly funny in the country. Especially when Julian Clary was mucky as a dirty dog and used  the word ‘ring’ in a thousand ways I never imagined

**Robert Webb, one half of TV’s The Peep Show team, was the funniest stage actor I’ve seen in years. He was Bertie Wooster in Perfect Nonsense at The Birmingham Rep and had the audience by the proverbial whatchamacallits for two hours. His sidekick was Chris Ryan (the little guy from The Young Ones) and he was 110 per cent pure physical comedy. A gem.

And I could point to dozens of others. I always tried to be fair, not only to the actors or productions teams, but also to the readers. Theatre prices, whether for live music in a pub or a posh ballet on the big stage, can be atrociously high. And my bottom line always has been to let our readers know whether it was worth flashing the credit card for a good night out.

I know that this site’s new reviewer, Jessica Harris, will have as much fun and stimulation as I’ve had. And advise you where to go, where to get the best value, how to enjoy the stuff that’s slapped all over the marquee.

6 thoughts on “Twelve years a slave to the stage: My best (and worst) moments”