Part 2: A Surfeit of Leadership.

In 1999 the ruling Labour group on Birmingham City Council elected Albert Bore as its leader, and therefore leader of the council. Bore became the first Birmingham City Council leader to enjoy the advantages afforded him by the Cabinet system, but his tenure of office has often been criticised as autocratic, secretive and exclusionist, particularly towards those within his own party who opposed his policies or challenged his rule. A prime recent example is that despite fundamental criticism by the government appointed Kerslake Inquiry that the council was poor at working with partners, Bore still failed to share draft plans for the nascent West Midlands Combined Authority with the leader of the council’s Conservative opposition group, and even his own deputy!

After more than sixteen years, during which time he was knighted, Sir Albert Bore has finally stepped down, forced from office in large part by pressure from central government. There’s nothing wrong per se with such longevity in leadership (Sir Richard Leese has led Manchester City Council since 1996, Chief Executive Sir Howard Bernstein has been in post since 1998, having joined the authority as a junior clerk) but for some time debate and discussion had been predicated more on whether Bore could command sufficient support to survive his chief rival John Clancy’s incessant leadership challenges than on whether his vision for Birmingham was the correct one.

Bore was known as the great survivor and not without reason, for it was on his watch that the 2004 Birmingham postal votes scandal occurred, following which six Labour councillors were convicted of carrying out: “massive, systematic and organised postal voting fraud”, which presiding special election court judge Richard Mawrey said would “disgrace a banana republic.” Although Bore was not implicated in the fraud, less skilled political fighters, or perhaps those operating in the kind of dynamic and vibrant political system one might have expected to find in a city of Birmingham’s size and importance, would surely have succumbed. Yet Bore remained in charge of his party for more than a decade.

It is perhaps an indictment of his leadership qualities that not one of the city’s large and purportedly influential group of Asian councillors, several of whom Bore had appointed to senior cabinet and scrutiny committee posts, stood in the ensuing contest to choose his successor. But then, fifteen years after the Cabinet system superseded the Committee model it would be hard to argue that the calibre of councillor across any part of Birmingham’s political spectrum is higher now than it was in 2000.

The Library of Birmingham fiasco 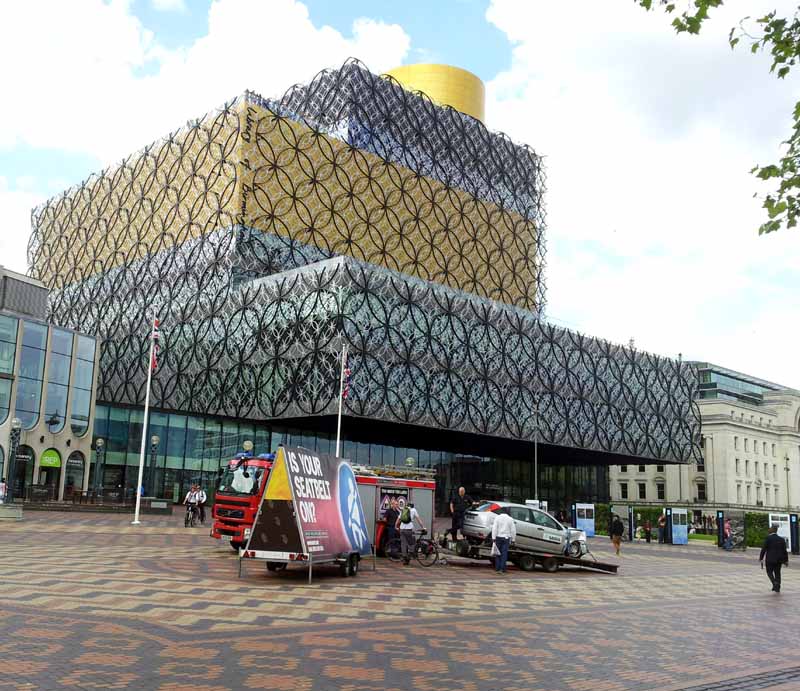 In a few short years Birmingham has gone from having the largest public library in Europe (with a claimed 32 miles of shelving), located on an easily expandable site in Paradise Circus, to something that is, shall we say, more compact. Actually, what we should say is that in terms of publicly accessible space it is small and getting smaller, increasingly compromised in its core function of city library and chief store of Birmingham’s archives – and with much reduced opening hours and staffing levels, particularly as regards a critical loss of experienced personnel.

Staff shortages are now so acute that there is no prospect of digitising the archives or cataloguing the enormous trove of items in storage in the foreseeable future, while there is officially no budget for purchasing new books and only in special circumstances can additional archive material be accepted. And it only cost the city £189 million with £3 million per annum operating costs and £20 million per annum in debt repayments! 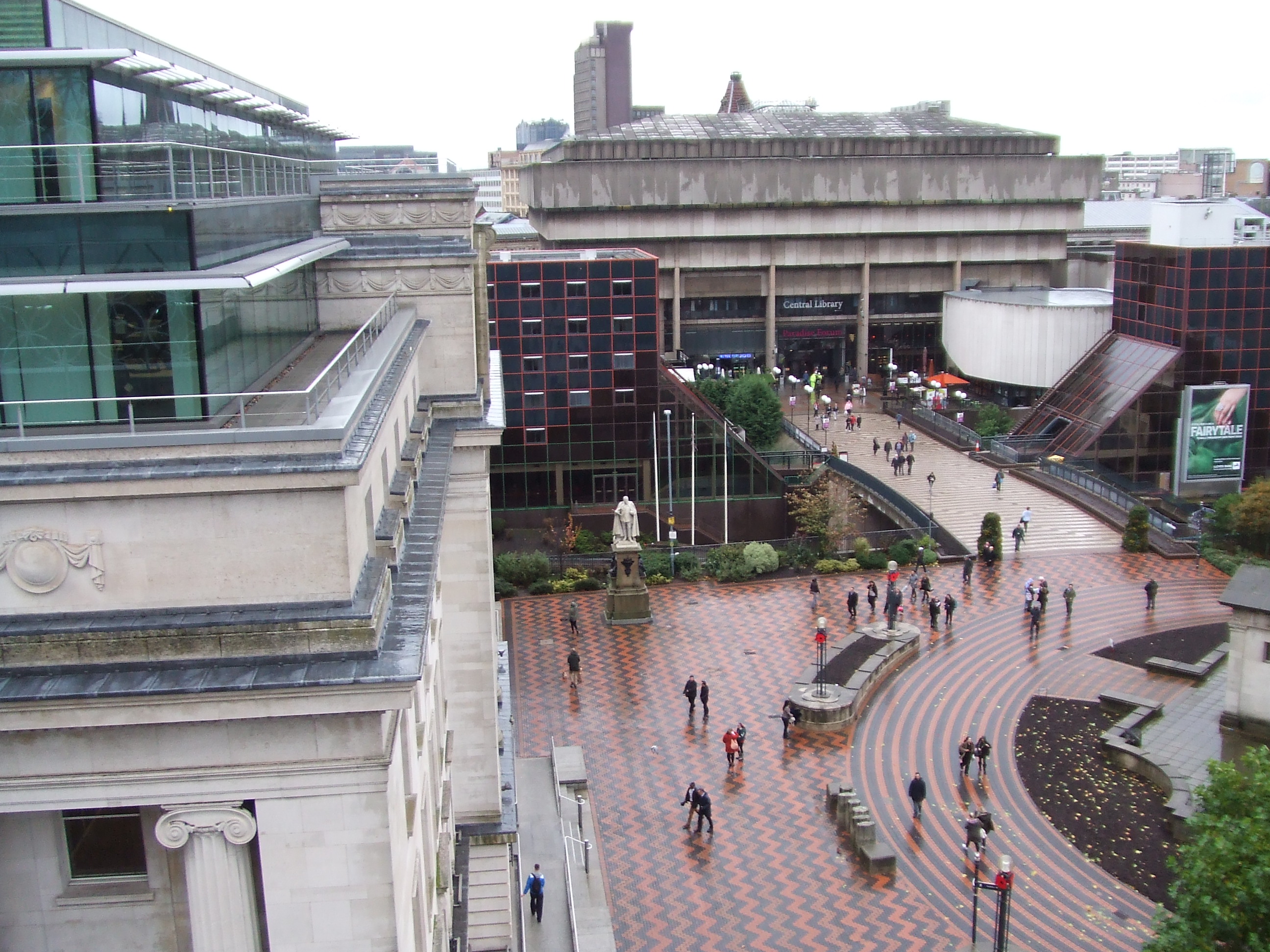 Planned in the first years of the current millennium, the new library was to replace John Madin’s contentious 1974 brutalist design with a signature building that would raise the city’s international profile, just as the Guggenheim Museum had done for Bilbao. The option of a £20-30 million refurbishment and makeover of the existing library, an approach Manchester would successfully take with it’s Grade II* 1930s central library, refurbished in 2014 at a cost of £40 million, was ruled out as Madin’s building stood on land which the council viewed as having considerable regeneration potential (initial design ideas for the Paradise Circus redevelopment featured office blocks rising to sixty storeys) and thus commercial value.

Star architect Richard Rogers was enlisted with the agreement of Sir Albert Bore to design a £160 million replacement library in Eastside. When Bore was first succeeded as council leader in 2004 by Conservative Mike Whitby the Rogers plan was scrapped and an alternative site in Centenary Square identified.

Despite the banking crisis and subsequent recession resulting in swingeing cuts to local government grants from Whitehall, despite the failure of the Council to raise a penny from the sale of land at Paradise Circus towards the build cost, despite the collapse of several large-scale redevelopment schemes in the city centre (including Arena Central, Martineau Galleries, 3 and 4 Snow Hill) calling in to question the demand for the planned Paradise Circus scheme, despite repeated calls for the still affordable refurbishment option to be taken up, Whitby, supported by Clive Dutton, Director of Regeneration and Planning, forged on with building a replacement library, raising the money via prudential borrowing.

Pointedly, Sir Albert Bore failed to attend the Library of Birmingham’s official opening in September 2013, but with sizeable sections of the building being outsourced for non-library purposes and the running costs and debt repayments further crippling already emaciated council finances, the entire Library of Birmingham fiasco stands as a testimony to the folly of two, or perhaps three, men.

Tomorrow; Part 3: Birmingham Not For People.

2 thoughts on “Decline of the invisible city”