From 19 to 23 March, Coventry’s Belgrade Theatre will play host to a brand new production of classic comedy Boeing Boeing as it embarks on a national tour following stints in the West End and on Broadway. 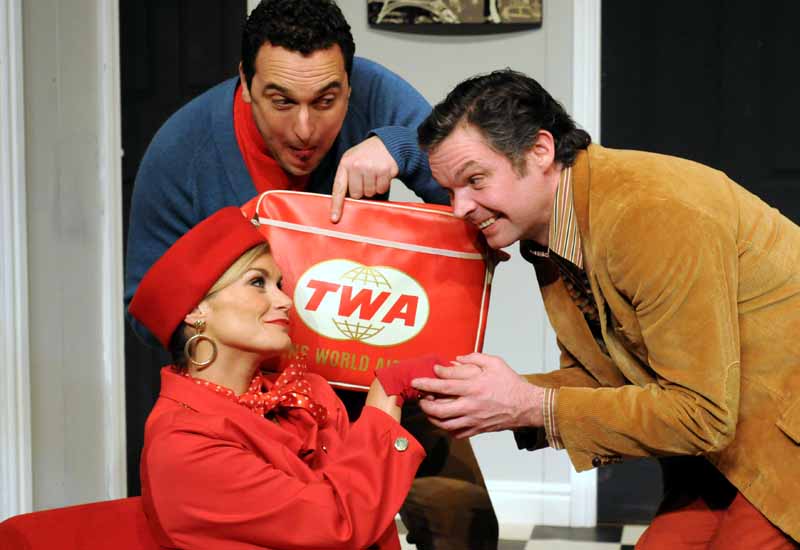 This timeless French farce tells the story of Bernard as he juggles three flight attendant fiancées, successfully convincing each that she is the only one. However when old school friend Robert arrives unexpectedly, a new faster Boeing jet is introduced and weather delays occur.

Bernard, Robert and Bertha the maid are forced to desperately try to keep the women separate and the lies told become more and more difficult to reconcile as the trio improvise at breath-taking speed in a near faultless piece of theatrical invention with the inevitable, hilarious consequences.

Boeing Boeing stars Zoie Kennedy, who is best known for her role as Staff Nurse Meryl Taylor in ITV series The Royal, for which she was nominated as Best Newcomer in the National Television Awards and Kim Tiddy, who played the popular PC Honey Harman in The Bill before joining Hollyoaks as Heidi Costello in 2007. Joining her is fellow Hollyoaks actress Ciara Janson, who many will recognise for playing the role of Nicole Owen. Philip Stewart (Blood Brothers) and Ben Roddy (Innocent Crimes) complete the cast.

Boeing Boeing is written by the French playwright Marc Camoletti, who is also famous for penning another West Hit, Don’t Dress for Dinner. This new version of Boeing Boeing has been translated by Beverley Cross and Francis Evans.

Tickets for Boeing Boeing are available now from the box office on 024 7655 3055 priced from £8.50 to £20 or via www.belgrade.co.uk where cheaper tickets are available.