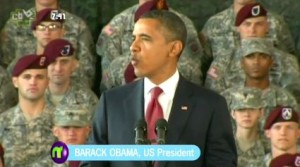 Now that the American election is upon us and left of centre Barack Obama has increased drone attacks over his four year tenure, it is a good time to look at how the UK, always the lapdog of the  Americans, is thinking of increasing its military pilot-less missions over places such as Afghanistan or, for that matter, any other place deemed a threat such as  Pakistan, Somalia and, most probably, Redditch and St Ives if the needs arise.

Reports today say that the UK will will double its drone operations, controlled for the first time in Britain.

The Ministry of Defense (MOD) is saying that the planes will be for reconnaissance. But they also will be carrying missiles and armaments. Well, why else would a drone carry weapons unless it was to use them, killing not only terror suspects, but those attending wedding parties, village meetings or even schools?

Why protect a drone if there is no pilot…no human being… in its cockpit? That’s because the  weapons will not be defensive. There is no need for defense in a pilot-less craft.  The increased number of UK drones will be attack planes.

So, expect more collateral damage- a posh way of saying that lives were lost, pregnant women murdered, children burned and decapitated and men killed who may not have been death-dealing terrorists.

One question, by the way, I have always had is just how drone managers in Nebraska or Lincolnshire actually know that the twitching bleeding bodies on the ground are really terrorists.

Do they have the letter T ingrained in their foreheads? Do they carry  accredition to the terror units of the world? The figures always seem a bit dicey, a bit made up, a bit of propaganda.

I believe the Americans, the British and other ‘allies’ manufacture the figures upwards  to justify the massive cost of these killer drones.

And while they are hiking up the death figures, they now know one thing: the UK can publicise the ratcheting up of its drone force because no matter who wins the US elections- Romney or Obama- drones will remain a way of life. Both candidates want them. Need them. Will use them. The  MOD can’t lose. Droneworld  will abide.