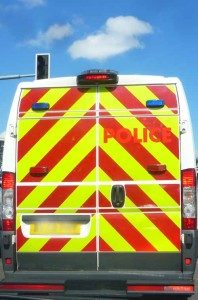 I’ve been on holiday recently and unable to follow the news in any great depth. I heard about the M6 Toll Road coach incident, but only when I returned home did I read the full story of what had gone on during the time when the road was closed to traffic and the coach and its passengers were being investigated.

My first thought upon realising just what was the cause of the problem was to wonder why nobody on the coach seeing the smoking bag had bothered to ask its owner what it contained. After all, a moment’s thought should have made them realise it’s not very likely a terrorist would be carrying a bomb that would let off smoke. Then the fact that he waited patiently with the rest of the passengers for police to arrive should have been a bit of a giveaway. No attempt to escape, or try to hide the evidence. And when police did arrive why, if there was the slightest hint that the device was dangerous, did it take three hours to begin evacuating the vehicle? The correct procedure in such an instance was surely to get al l passengers away and set up an exclusion zone. Yet not only did it take such a long time before they began to move, it was another three hours before all the passengers were evacuated, and then they were split up, frisked and forced to sit legs crossed at the roadside before being allowed on their way.

Former chief superintendent of Staffordshire police, Nick Howe, said that the force’s response had been proportionate, pointing out the chemical attack on the Tokyo underground in 1995 where, “Smoke and fumes were seen to be coming from a canister in a bag and thousands of people were injured and several people got killed. You’ve literally got minutes for the emergency responses to respond.” Or by this logic six hours, if you’re on the M6 toll road.

It’s obvious police realised within minutes of their arrival that there was no threat to public safety, otherwise they would not have allowed passengers to remain in such danger. You, therefore, have to wonder why this incident was subsequently allowed to escalate to such proportions that it also involved firefighters, the army and anti-terrorist experts. You wonder why the motorway was closed for such a long time and – most importantly – why those passengers were kept in such uncomfortable and frightening conditions (let’s not forget that they were taken off the coach at gunpoint) for several hours when it was clear that there was no security alert and no crime had been committed.

And you come to the conclusion that once the truth had quickly emerged the whole thing became an exercise, not only in dealing with a potential security problem, but also in reminding the rest of us that we have to put up with such inconveniences for our own protection, the Olympics are imminent and we can’t be too careful.

Yet, as we’ve seen many times before, far from reassuring the public such behaviour instils fear and paranoia. It adds to the growing anti-Islamic feeling (how many people’s first two words going through their minds when they heard this story were ‘Muslim’ and ‘terrorist’?) in the country. This incident is another example of how we now unthinkingly accept and support any measures we are told are for our own safety, however disproportionate and inappropriate they may be.

It may be better to respond to 100 false alarms than ignore one genuine emergency, but that’s not the point of this incident. This was quite clearly a false alarm yet the continued response was to treat it as genuine, for several hours after the truth had emerged. As the saying goes, had the police – facing budget cuts they claim will make their job even harder – really got nothing better to do with their time? Couldn’t they have been out catching real criminals?