The DESIblitz Film Fusion Festival 2022 is the first of its kind film festival to take place in Birmingham and beginsBank Holiday weekend taking place from 3rd-12th June.

Curated by the multi-award-winning web publication, DESIblitz.com, this unique film festival focuses on elevating and promoting Punjabi, Pakistani and Sports films and UK & World productions that include notable movies made by a Kashmiri filmmaker.

By increasing awareness and knowledge of independent films related to specific Desi storylines that need their narratives unveiled and told to new and existing audiences, the festival showcases the originality and uniqueness of each film selected. It’s an exciting and open platform for introducing new, existing and upcoming filmmakers to present their creativity and amazing work. 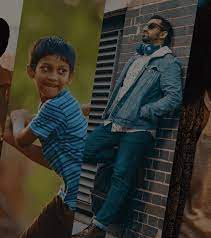 This 2022 lineup spotlights the work of many incredible filmmakers, including:

Two films by the internationally acclaimed Kashmiri born filmmaker Rahat Kazmi – opening night world premiere of Country of Blind, an adaption of HG Wells’ The Country of The Blind, starring Hina Khan, Shoib Nikash Shah and Namita Lal and the closing night UK premiere of Am I Next, starring popular Indian actress Anushka Sen, who is expected to attend the festival.

Sports films My Goal Football directed by Shoib Nikash Shah, Outswing based on the cricketer Akhtar Zeb inspiring Pakhtun girls to take up cricket, directed by Samar Minallah Khan, and Udaan Sitaron Ki and A Journey Through Perseverance, both directed by Safar Ali Danish.

San 84 Justice, directed by Sandeep Kumar Rana, is a film set in 1984 during the assassination of the then Prime Minister Indira Gandhi and the struggles of a Punjabi Sikh family making efforts to save their lives instead of money.

Multi-award-winning and BFI celebrated director, Jamil Dehlavi, who shall be attending the festival for a special conversation about his epic film, Jinnah, starring Christopher Lee, Shashi Kapoor and James Fox.

A very insightful documentary film, The Journey Within – The Coke Studio Origin Story, directed by Mian Adnan Ahmad, tells us the story behind the infamous Pakistani Coke Studios series.

Budding filmmakers and alike have the rare chance to attend an exclusive masterclass with film producer and activist Leslee Udwin sharing her invaluable experience in making films like East Is East and India’s Daughter, which will be screened during the festival.

More information including the full cinema programme is available here.