England’s impressive win against Hungary and less-than-impressive draw with Poland were somewhat overshadowed by the racism issue, which is a shame as after the usual wearing down process, England ran out easy winners in Hungary, although this was partly thanks to a keeper with Teflon coated hands. They didn’t do too badly for 91 minutes in front of a hostile crowd in Warsaw, either.

So what to do about racism? Well, the inevitable fines and maybe bans will no doubt follow but in reality that is merely sticking plaster in terms of teams from Eastern Europe, as their countries are multi-culturally about where England was in the fifties and sixties. We are certainly not perfect but it’s disappointing that the Hungarians in particular have attempted to lay the game in our direction. 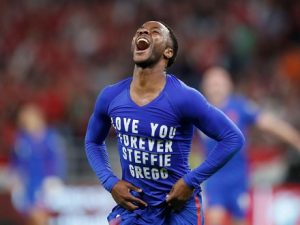 To me, it’s more a government thing in terms of education, as the backward outlook in some countries goes way beyond football. The only thing that I would say is that Raheem Sterling was probably ill-advised to celebrate the way he did, however worthy the message on his tee-shirt.

It was like a red rag to a bull to the Hungarian hooligans and I think Gareth Southgate should have briefed his players beforehand. I believe the argument that Sterling should be able to do what he likes is somewhat naive, and for that I blame Southgate.

Having said that, though, there are clear problems with many forms of discrimination in that part of the world and I wouldn’t want to be a person of colour (and that includes gypsies) living in the east of our continent.