Richard Lutz saunters through a little path of heaven in the changing weather. 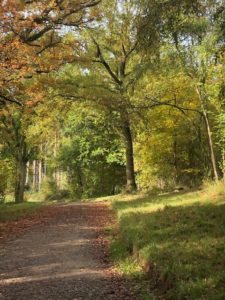 Some places take you. Others you can leave. I like the Cumbrian Fells, I can easily turn my back on the Peak District. I am seduced by the north Cotswolds. I’m kind of ‘so what?’ about the Welsh Hills.

One place I am attracted to, though, is a little patch of Warwickshire south of Alcester. It’s not big, it’s not overpowering. But Oversley Wood is old, old, old, as old as cold water. It’s a fragmentary nook of the long gone Wildwood that once covered this island; it’s named after a Saxon lord called Ofe and it’s lodged in a corner of the county just east of the Roman-built Icknield Street which connected the south of Britain with the north and which shot straight as an arrow through the empty landscape. 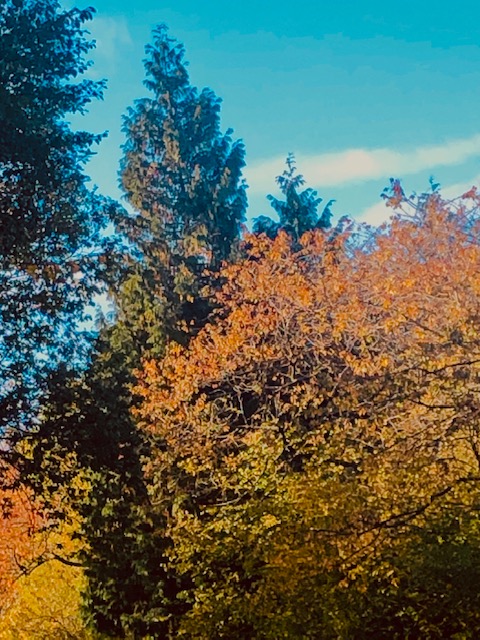 It is, more famously, a remnant of the Forest of Arden, a workplace for foragers, foresters, charcoal makers, timber merchants. Oversley’s trees helped build nearby Alcester; its coppiced lime and linden trees (some 2,000 years old) created medieval wealth. Oversley Woods, in fact, has always been an apple for the eye. Thomas Cromwell (yes, he of Wolf Hall) owned it for a while before heading for the chop.

Its depths provided cover and safety. It’s no secret, for instance, that Central European fables portray the woods as dangerous and full of threat. British romances are the opposite: Robin Hood and dozens of other heroes found security in forests. And Shakespeare, who lived just down the road, created characters who all headed for the Arden woods to escape problems or, like his merry dopey rustics, have a whale of a time under tree cover. A forest is the live heart of this island.

And today with this heart of October colours just about peaking, Oversley Wood is 230 acres of painted joy. Its hardwoods, all oak, beech and sycamore, allow beams of late autumn sunlight to spray the ground from the south-west. There’s nobody around and I follow the path as it circles a humpy spine. On the south side, it is quiet, only the murmur of a warm breeze. On the north, though, is the traffic roar of the A46, so constant that if you unlink yourself from the moment, it could be a rising sea hitting a coastline rather than a busy line of fast lorries moving between Tewkesbury and Stratford.

Inevitably, I stay on the tranquil south side and there, in a side nick of Oversley Hill, I find a ladder, probably for deer stalkers. 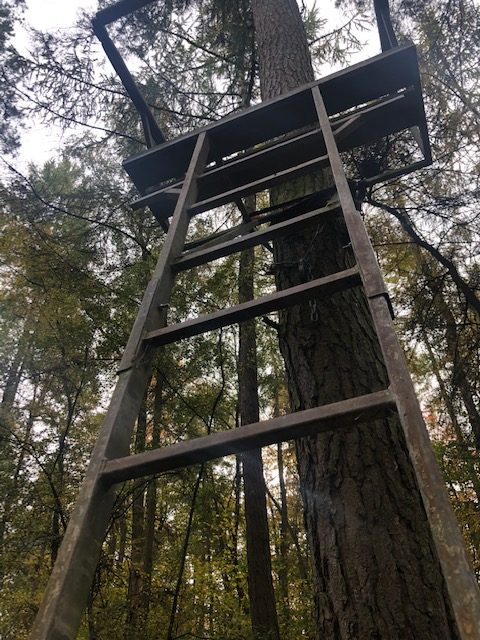 It gives me a seat in the canopy of changing colour and is a thankful rest. I need the stop. I’m a bit confused. And that’s because time after time, I have walked this route clockwise. I don’t know why. I just did.

But today, I went the other way, counter-clockwise. In effect, backwards, in reverse. It was as if I was looking at a map upside down. The soft hills to the south were on my right, not my left. The Big Muddy Patch was on a curve going into shade, rather than light. The open pasturelands, called rides, were disappearing off to my right, not my left. It didn’t add up. It was confusing,  as if I was trying to read from right to left or looking at the face of someone upside down or pronouncing a long word syllable by syllable. Things didn’t match.

I guess it’s all about how we imprint a route in our minds. But today, the grammar of the landscape is all over the place and when I return to the car, the old girl even seems to be pointing in the wrong direction. The very language of the familiar Oversley Woods is strange today, topsy turvy. Except for the changing colours which, oddly, were the same. Winter is coming. Then the snowdrops. Then a mayhem of crocus, then the burst of bluebells which brings out the weekend crowds.

3 thoughts on “The grammar of a Warwickshire landscape”