The I Cry When I Laugh singer tells us about her new recording, and the accompanying tour.

Jess Glynne announces a handful of outdoor racecourse shows for 2019, and they include a trip to the Black Country. Following the release of her brand new album Always In Between, featuring the hits I’ll Be There and Thursday, her tour finishes in Wolverhampton on Saturday 31st August.

“I always used to think that you’re nobody until somebody loves you,” says Jess. “Now I know that you have to be that person for yourself.” She smiles as she says it. “It’s been a right old journey getting here, I can tell you.”

When Jess looks at the statistics that have marked her sky-rocketing career so far, there is a look of mild disbelief on her face , as if this might have happened to someone else. I Cry When I Laugh is one of the defining British pop records of its era. At the time of writing it has been a chart staple for 138 weeks. It debuted at number one, spawning 12 million worldwide singles sales, 39 weeks on the UK top 10, 2.5 billion Spotify streams, a sold out UK arena tour, Brit, MTV: EMA, Ivor Novello, MOBO, Q and Glamour award nominations. 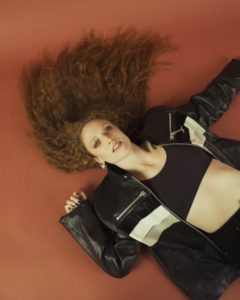 These are the facts. Underneath is Jess’s peerless ability to commune with an audience through song; to tell the truths young women want to hear about their concerns, the loves that build them up and let them down; the aspirations and dreams that might turn sour but you’ll smile through them anyway.

From the beautiful, pared back, gospel-inflected uplift of debut cut I’ll Be There, it is clear that Jess is ready to build on the momentous footwork put in on her first foray into fame.

It was in a moment’s inspiration while sitting with her friend and closest musical ally in the Michael Kors shop, LA, Jess Glynne alighted upon the title of her second record. There and then, she decided album number two would be called Always In Between.

“There’s loads of different emotions in me but I always know what I’m doing with the music. That’s the one thing I do know. It’s my safe space. In life, I am very in touch with my emotions. Music is the one place I know I can let it out. It’s a way of processing my uncertainty.”

The more she thought about the title, the more it fit. The album’s major lyrical concerns are about the hardest human trait of all: self-acceptance. Set against fresh new arrangements and gifted Jess’s unique ability to find a panoply of hooks and harmonies that lodge between the ears after one listen, her second album feels as prematurely hit-studded as the first.

The strangest thing about Jess Glynne’s working process is though she has a habit of sneezing hits, they are never designed this way. It’s another space she feels forever in between: real life and fame. It’s part of the reason Jess resonates so clearly with her audience. “Mess ups and all,” she qualifies. “What I learned in the space between the two records is that I need to make myself happy and stop thinking somebody else will do it for me.

“If somebody is going to come into my life and stand by my side, I feel like I’ve got the strength in me now to let that happen. Because I don’t need it to happen. I’ve got to that place through this whole experience. Finally.” 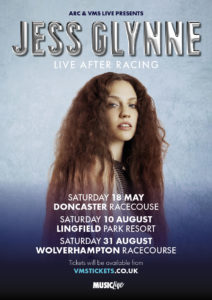 Sessions for Always In Between began in spring 2017, when a rigorous schedule of writing camps with the kind of cream-of-the-crop talent that is automatically attracted to blockbuster, bestselling artists formed an orderly queue at her record label’s behest in Los Angeles. “I just don’t like working that way though,” says Jess.

“Some of the sessions looked amazing on paper, with incredible writers and producers, but it was tiring, draining, all new people that I hadn’t worked with. I’m very funny about getting in the studio with people I don’t know just because they’ve had a hit. I want to work with people who I love.”

Jess hired a house in the British countryside and took a band of friends and musicians away for the week. They spent the entire seven days in one another’s company, bouncing ideas around, jamming, writing together. By the end of the second day she had finished the addictive pop funk track, 1,2,3. “I could feel the mood shifting.” Suddenly making music had stopped being a workplace and started feeling like a holiday. The songs were now flying out of her. “And we got pretty much the whole album done in that week.”

“We might’ve got nothing,” she says, “but we ended up with everything.” Most of the arrangements on the record are faithful to their original recordings. “I kept the backing vocals from us all sat around a mic, enjoying ourselves. They might be a bit raw. Not everyone can sing. But you can feel us enjoying ourselves, getting what you’re supposed to get out of making a record.”

Jess Glynne promises to play all the hits and fan favourites during the tour. For an action-packed day out, why not celebrate a day of racing with friends and family, before dancing the night away with the delights of the fabulous Jess Glynne in concert finishing off a perfect Summer’s evening. This is a gig not to be missed.

Jess Glynne plays Wolverhampton Racecourse on Saturday 31st August Tickets from £40, from the box office on 0844 249 1000 or here