A guide to the big horse racing at the weekend.

King George runner-up Waiting Patiently has been given a surprise supplementary entry alongside nine other runners for the Grade One Clarence House Chase on Saturday at Ascot.

Following a brilliant second in the Christmas classic at Kempton, Ruth Jefferson and owner Richard Collins has decided to enter Waiting Patiently to the tune of £5,000.

His greatest day to date came at Ascot back in 2018 when he beat the impressive Cue Card over 2m5f in the Grade One Ascot Chase, which subsequently set up a crack at the King George in 2018, where he was unluckily taken down, when seemingly going well, when Bristol De Mai fell at the 9th fence.

This will be the first time that he drops back to two miles since coming third in the 2019 Tingle Creek, a race that was won this season by Politologue. The 2020 Champion Chaser tops the field ahead of Saturday and has had the race as his next target ahead of a tilt at trying to retain his Cheltenham crown in March. 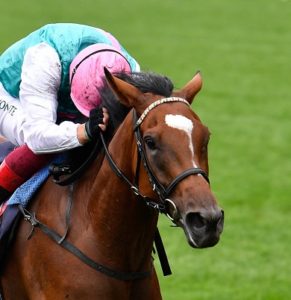 Trained by Paul Nicholls, the lovable grey has long been a consistent performer for owner John Hales, but has taken his form to a new level in his most recent runs and is well fancied to grab another Grade One this weekend in the hands of Harry Skelton.

Along with Waiting Patiently, the entries also include Defi Du Seuil, who is also a dual Cheltenham Festival winner after winning the Triumph Hurdle in 2017 and the JLT Novices’ Chase in 2019. The bookies sent him off as the 2/5 favourite for the Champion Chase last year, but he could only finish four of the five runners, and has since been pulled up in the Shloer Chase back at Cheltenham in November.

Trainer Phillip Hobbs will be desperate to see him return back to his old form, but to do it, he will need to improve considerably to get closer to the Nicholls-trained Politologue.

The Ditcheat based handler has also entered another talented grey in the shape of Duc Des Genievres, who won the Arkle at Cheltenham in 2019 when trained by Willie Mullins and still remains plenty of ability.

He was second to Put The Kettle on at Cheltenham in November, and then ran into the impressive Nube Negra when third in the Grade Two Desert Orchid Chase at Kempton over Christmas. That kind of form makes him something of a player, if declared, this weekend and he might well be lurking as a dark horse if some of the main contenders don’t perform to their best.

A similar comment could be made for another entrant in the fast improving First Flow. He has won his last five starts on the bounce, including one here at Ascot, and has shot up the ratings to give himself a chance at the highest level.

All five of those recent victories have come on ground that is soft or heavy, so with an unsettle forecast expected in the run-up to the Clarence House, his trainer Kim Baily will certainly be doing a rain dance in the coming days.

With Politologue topping the field as the reigning Champion Chase hero, it’s no surprise that the bookies have installed him as the 5/4 favourite.

According to the latest odds on freebets.com, Waiting Patiently is then next in the betting at 3/1, with Defi De Seuil only a shade bigger at odds of 7/2.

However, regular followers of the Ascot betting, will know that Politologue has some great form around the course, with two victories from three visits and is a worthy favourite for most punters.

For those looking for some each-way value, that can be found with First Flow at 10/1 or even in Duc des Genievres, who is 12/1 to return back to winning ways.