Don’t let coronavirus keep you from enjoying the thrill of the turf.

The Cheltenham Festival is one of the biggest sporting events in the UK each year, regularly attracting bumper crowds of 70,000 people for each day of the four-day meeting.

As the World Cup of National Hunt racing, it’s not just people from England that are interested in attending the events, both people from all over the UK, Ireland and France.

In fact, with some many Irish-trained runners making the trip over to Cheltenham each year, including the likes of Tiger Roll, Al Boum Photo and Envoi Allen, you could argue that the Irish love the Cheltenham Festival even more than the English do.

For lots of those spectators, the trip to the Cheltenham Festival is an annual pilgrimage which involves meeting with friends, often plenty of Guinness and of course, a bet on the action out on the track. 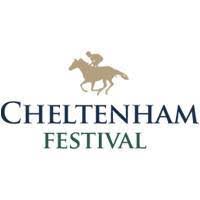 As a result of the global coronavirus pandemic, it looks as though those usual rituals will be somewhat disrupted this year with racing currently taking place behind closed doors in the UK, which prohibits spectators and owners from being all on the course.

Cheltenham Festival officials have admitted that the return of any kind of crowd is going to be unlikely for this year’s meeting, which means for most people, they’ll need to find an alternative way of watching the racing.

Online Sports Bookmakers
For many horse racing fans these days, the easiest way to watch any horse race is through their online bookmaker. Many used to make you place a bet before you could watch the race unfold, but many now offer the service for free if you have an account with them.

Many of the leading bookmakers such as bet365, will even offer free bets and promotions on all the Cheltenham Festival action, with boosted odds on the majority of the races that will be shown live on freebets.co.uk.

Betting is a major part of the Cheltenham Festival, so rather than paying for a TV subscription to the racing channels, if you are planning on having a bet with an online bookmaker anyway, then it’s likely that you can watch the race with them as well.

Racing TV
If you are a big racing fan who enjoys hearing more about the sport than just the actual races, then Racing TV could be a good place to tune in to the Cheltenham Festival this year.

As well as having the rights to all of the Cheltenham Festival races each day, they also run a 24-hour viewing schedule that includes news bulletins, feature programmes and expert guests including the likes of ex-jockey, Ruby Walsh.

Their subscription service is available through freeview, Sky and Virgin Media or you can even sign up for their live streaming service, which allows you to watch the channel on your laptop, mobile or tablet.

Their app even includes different video clips and interviews, plus tips and predictions for the Cheltenham Festival, as well as racecards with each day’s runners and riders.

ITV Racing
If you don’t fancy having a bet on the action or prefer not to buy into a subscription service to watch horse racing, then ITV Racing is your best alternative if you live in the UK.

The programme runs on ITV and STV on each day of the Cheltenham Festival, but tends to only cover a selection of feature races, which is often just the first five or six races on the card.

This means you’ll still get to see the majority of the action, with all the main races such as the Champion Hurdle, Champion Chase and the Gold Cup all shown live on the channel. Presented by Ed Chamberlain, the show also has a selection of former jockeys as pundits throughout the meeting, including Sir AP McCoy, Mick Fitzgerald and Luke Harvey.

Much like Racing TV, you can also live stream the show through the ITV Player app, which means you can get on your laptop, tablet or mobile, as well as your TV.