Entrepreneurs have formed the backbone of businesses and society for centuries, they are the innovators making the most of change, seeing opportunities and fearlessly pursing them. Now we are seeing just how widespread this entrepreneurial spirit is. In an age of uncertainty, entrepreneurs are looking at how consumer trends have changed and capitalising more than anyone else.

Nationwide, the number of self-made millionaires, whose wealth has been earned simply through starting their e-commerce business on eBay, has risen by 18%. Birmingham has led the way, and last month was found to be one of the so-called ‘eBay millionaire’ capitals of the UK.

What’s notable about ‘eBay millionaires’ is that what they have done is not easy – if it was then all of us would have had that same success. These are generally people who started out as regular sellers on the e-commerce site, before finding a way to exploit the growing mass market. 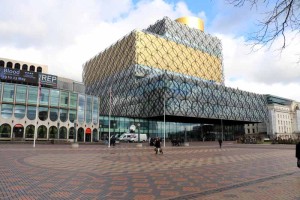 The tech revolution we are living through has created an ecosystem where anybody can become a successful business owner. Despite this, not everybody will; you still need the creativity and purpose that is unique to entrepreneurs to look at the changing market and disrupt it.

It is clear that Birmingham has this spirit in spades, and it’s not just through eBay entrepreneurs of course. A few years ago, the University of Birmingham was found to be the higher education institution that produced the highest proportion of self-made millionaires in the entire country, while the emergence of the city’s ‘Silicon Canal’ has made Birmingham a hotspot for tech start-ups and investment.

Birmingham has taken its fair share of knocks, not least with it caught in the middle of London’s extraordinary growth, and the huge investment in the Northern Powerhouse.

This is a city that has seen some of the biggest businesses settle there – Cadburys, Sainsburys and Whitbread to name a few. It’s a home to entrepreneurs and that has never been more prominent than now. As a city, it has had to forge its own way – and it’s done extremely well. The businesses are prospering through change, regardless of the political volatility we find ourselves in. They are what keeps the economy going and they are the future. In Birmingham there is a focus on incubators such as the Innovation Birmingham Campus – which are helping to breed a new generation of tech talent from the city – the future is extremely bright.

I was lucky enough to hear from the founder of workplace wellness start-up Kaido, Rich Westman, just last month at a Coutts event in Birmingham, where I saw face-to-face the innovative and forward-looking face of Birmingham’s start-up scene.

I also got to understand the collaborative spirit in the city. Often the conversations I have with entrepreneurs, are that their main challenges are attracting the best talent, finding venture capital outside of London, or the uncertainty of the political landscape.

With the right support systems, these are challenges that can be overcome. These certainly exist in Birmingham, and so it is no surprise that the city is home to so many self-made success stories.

The key is not knowing everything yourself – no entrepreneur possibly can – it is knowing other people who are familiar with the lifecycle of an entrepreneur; from start-up, to scale-up, to exit and beyond.

Birmingham is in the privileged position of being home to extraordinary young talent from its universities and within its tech start-ups, who can look to the experienced business leaders behind the city’s growth over many decades for support.