It’s time Britain’s media began treating racism in the Conservative Party as seriously as it does racism in the Labour Party says Steve Beauchampé.

Come with me to a parallel universe: Emily Thornberry, having recently resigned as Labour’s Shadow Foreign Secretary, writes – in her £2,000 per week column for a left-leaning national newspaper – offensive and insulting comments about the dress codes and appearance of Hasidic Jews. She dismisses the widespread criticism which swiftly follows and ignores the pleas of Labour Leader Jeremy Corbyn to apologise.

But some colleagues spring to her defence: “Oh that’s just Emily ,” they say, “She’s always been a controversialist, and this isn’t about anti-semitism, it’s just about her positioning herself for a future Labour Party leadership challenge, appealing to her base amongst the membership”.

Meanwhile, media outlets (including several of the BBC’s flagship news programmes) question whether her remarks were even racist at all and conduct debates on whether Hasidic Jews should be allowed to dress in public in accordance with their religious beliefs. And then that nice Mr. Farage comes to Emily’s defence, claiming that she only 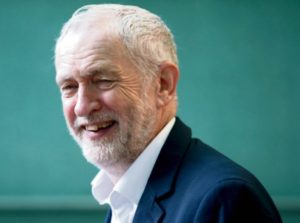 said what many people are thinking. The row quickly passes and by the weekend opinion polls are showing that Emily Thornberry is the clear favourite amongst party members to succeed Corbyn as leader.

I’m not convinced that parallel universes do exist but I know for certain that the one described above does not. Of course, simply exchange the words Emily Thornberry for Boris Johnson, Labour for Conservative and Jews for Muslims and now it does.

It’s a universe in which those accused of any of the above will receive the most scathing and unsympathetic of media coverage, will undergo intense scrutiny from radio and television interviewers with barely a break in the questioning to allow them to defend their actions or place them in a wider context – even to the point where many Labour Party members increasingly feel that balance, reason and proportion are often absent from reportage of allegations of racism within the party.

So whilst those amongst Britain’s Jewish communities who have very real and legitimate concerns about anti-semitism at least have a plethora of individuals and organisations watching their backs (senior politicians from all of the main parties, Jewish pressure groups, three national Jewish newspapers, many in the non-Jewish media), the same comforting thoughts cannot be said for those in the Muslim community, especially those women who choose to wear the burka or niqab.

The dogged efforts of Baroness Sayeeda Warsi to raise the issue of entrenched Islamophobia within the Conservative Party and recent supportive words of the estimable Dominic Grieve seem to be best many can expect from members of Britain’s governing party,

As Boris Johnson increasingly positions himself as the United Kingdowm’s version of Donald Trump (expect a stiff challenge from Farage for that title) wearing accusations of racism like a badge of honour, a further lurch to the right, a resurgence of UKIP or the emergence of something even more unpleasant seems quite palusible. Should that happen, history tells us that any existential threats to Britain’s religious minorities, be they Muslim or Jewish, will most likely come from the far right rather than anyone involved with the Labour Party.

One thought on “And if we tolerate this…”