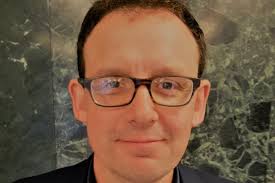 You may have heard, it’s election time again, warns Will Mapplebeck. Beware.

Yes, it’s local elections, our almost annual festival of political apathy. Turnout for locals has always been low; in 2012 it stood at 31 per cent. That’s pretty shocking, given the fact that for all its limited powers – don’t get me started on the need to transfer more power away from Westminster to local places – the council still has a direct effect on millions of lives.

After all, despite austerity, they run many of the services that millions of citizens use every day. Some of these are among the most important life-saving functions of the British state; adult and children’s social care for example.

If all politics is local, then turnout should be at Scottish referendum levels (80 plus per cent). However, the public usually gives a collective shrug of the shoulders and emits a bored sigh when it comes to town hall elections. The reasons are complex, but I suspect they may have something to do with a system that centralises power in Westminster and Whitehall.

With a few honourable exceptions, there’s certainly a lot less media excitement over local polls than the General Election. Locals don’t get an election night special, a televised leaders debate and there won’t be a battle bus in sight. They are the ugly stepchild of the UK political system.

And if the voters aren’t interested, then sadly the political media aren’t either. The other day I listed to a five minute segment on local elections on BBC Radio Five Live featuring two national political print journalists who managed to miss the point entirely. It soon became apparent from the discussion that the only place the franchise was available was London and not even the whole of London, just the three or so boroughs where the Conservatives might lose control.

This is because these are the places that Jeremy might win and the Vicar’s Daughter might lose, thus providing Westminster hacks with a national story they feel comfortable reporting because they can speak to the usual suspects who will parrot the usual lines.

I’m still waiting for an in-depth piece on the local elections from a Laura Kuennsberg or an Adam Bolton, both of whom rarely leave Westminster unless it involves going to Sunderland to interview Nissan workers about whether they regret voting to leave the EU. (Note to Laura and Adam – they don’t. They never will. Can we talk about something else, now?)

I’m still waiting for a piece that analyses why several of our cities have become Conservative-free zones, those strange one-issue Independents or how the Liberal Democrats recently made progress – albeit limited – in the seas of red that are Sunderland and Manchester. Did you know Liverpool was once a solidly Conservative city? I didn’t either, but I’m sure what happened might make an interesting story. Someone recently did an academic study on the decline of the Tories on Merseyside and called it ‘How to Lose Votes and Alienate People’, which I thought was very witty.

I’m waiting for someone, anyone to step out of the Westminster village and recognise that political life takes place in other places, that it is rich and varied and that it matters. But on the evidence of local elections, I could be in for a long wait.