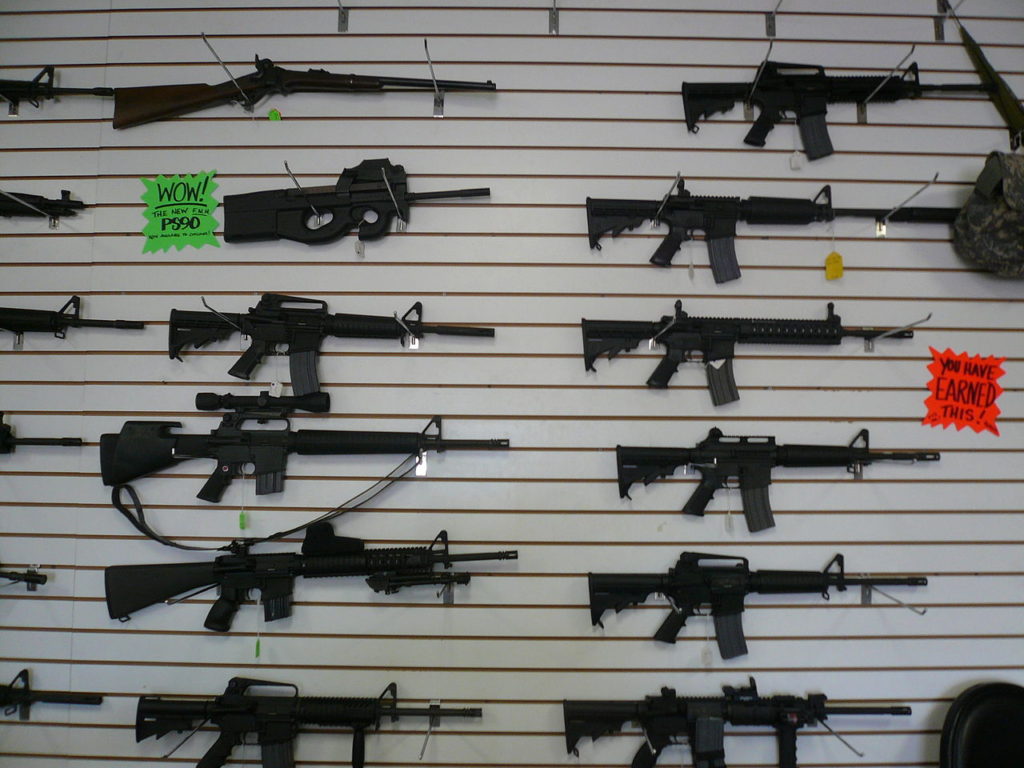 Richard Lutz looks back balefully on the week.

I picked up my first gun aged eleven. I was in a summer camp for boys and it prepared young American kids on how to safely use a weapon.

In the States, rifles are used alot in rural areas for hunting. In homes, seemingly for protection or for recreational use. It all stems back to the Second Amendment which gives people the right to bear arms. An archaic law is now causing anarchy.

Despite that legality underpinning this whole Gun Issue in America, especially in light of the most recent mass shooting in Florida, it still amazes me that reports show there are more guns and pistols in the US than people.

But it is a characteristic of cultural relativism for the British to universally condemn the gun issue. That eleven year-old learning how to use a .22 on a target is part of the United States. Of course, as an urbanised sub teenager, I was at first overwhelmed by an instructor handing me a rifle. But slowly, over the summer, I understood its potential power and how to safely use the rifle as a sport.

To me, the issue of mass murder by automatic weaponry is not only an atrocious crime, but a case of human rights too. Every person has the right not to be killed. The other side of the coin is that a person or a governing body has a duty not to use the weapon. If that person is not stable (and anyone who massacres students is unstable), then it is the duty of the state to protect its citizens.

Using that logic, the US government must stop the sale of guns, as there is no simple way to vet potential purchasers of these appalling weapons. That is the way Washington  can underpin its duty to its citizens.

Until that happens, the US government is failing its 300 million citizens by failing to pass new laws (and change out of date laws) that will supercede the Second Amendment, which was passed almost two and a half centuries ago when possession of a weapon meant protecting your home from marauding Redcoats or the animals of the wilderness of feeding an isolated family.

But that is not even close to how politicians are handling this murderous crisis. This week, President Trump used his White House meeting with high school kids to float the opinion that teachers should be  armed. Imagine a 22 year-old trainee teacher in charge of six year-olds trying to teach colours and numbers with a Magnum on her side?

This in no way attacks the humans rights issue of the duty to stop killing. It only makes it more inflammatory, it only gives young adults another reason not to become a teacher and in no way works at improving  safety in the States when it comes to mass shooting, whether in Las Vegas or the next school to be attacked.