Cosmetics, creams and powders. Sheilagh Matheson experiments to discover what works and what doesn’t.

“They don’t work. How could they?” Comedian Sarah Pascoe was on stage deploring cosmetics that promise to stop us looking our age and I was certain her comments were aimed at me, sitting four rows away.

We’d nearly missed the start because, although I said I’d just be two minutes putting on my makeup, it was more like twelve. Fourteen, if you count time spent with a cotton wool bud removing dots of waterproof mascara that had somehow smeared from my eyelashes down to the bags under my eyes. I spotted them when I put my specs on.

As Sarah stormed on, delivering scientific references to prove her point, I began counting how many creams and powders I’d applied for a night out in a market town in Northumberland. It came to twelve.

I’d hate you to think I’ve been doing this all my life. Even when I was a TV presenter, I used to scuttle straight from the makeup department to the ladies to the studio, having wiped half the cosmetics off. I was a seasoned hack and although I wasn’t exactly a telegenic disaster, I was there despite my looks rather than because of them, a grafter with a cynical disregard for makeup and the token woman on telly.

I know my mother’s genes determine how flawless my skin is or isn’t. Wrinkles are inevitable, unavoidable, and too much sun doesn’t help. So for decades, I put myself though the tart machine with the minimum of effort. But last winter, I made a big mistake. I replaced one mirror with another which magnifies x10 and was dismayed by my reflection. Who did this tired, old face belong to? Surely not me?

I joked about it with a friend but instead of laughing, she took me seriously. “Try a website called Look Fabulous Forever,” she said. In other words, yes, you really are old and tired and it’s time to stop the rot.

I decided to do an experiment. I would buy the necessary, use it for about three months and see if there was a difference. But first, I had a YouTube night. I watched a couple of skin care films, then others demonstrating how to put on makeup more effectively.

The next morning I headed for the department store. It was early January, the shop was empty, and the lone assistant embraced the challenge. She led me to Estee Lauder. “This is wonderful. Exactly what you need,” she explained. “It plumps up the tissues, makes your skin glow, evens out those little wrinkles.”

But at £85 a jar, it wasn’t for me. “If you don’t want to pay that much, come over here to Clarins. This is exactly the same but it’s only £35. Everyone swears by it. I use it myself. Here, I’ll give you some samples.” 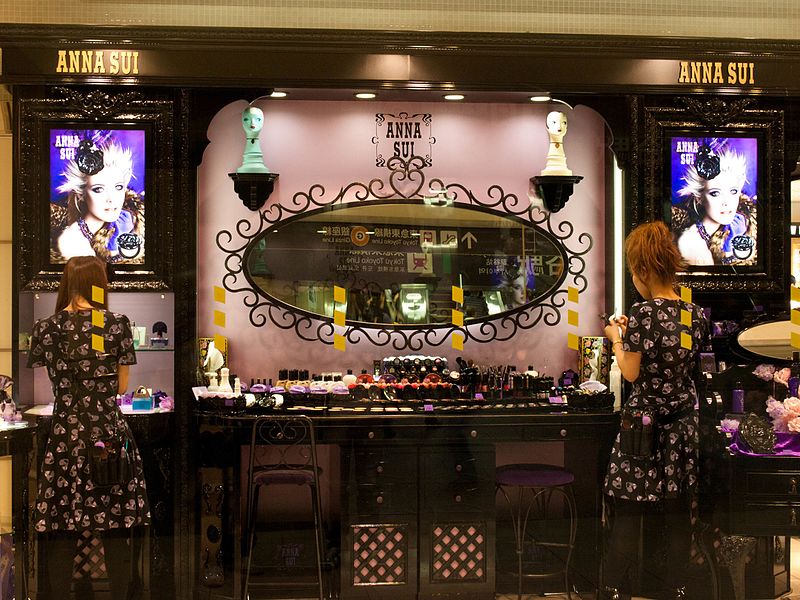 By mid-January, I was £85 lighter because I had to fork out three times on Clarins factor 50 (friend’s birthday present), Clarins Beauty Flash Balm (brightens, tightens), and Kiehl’s Double Strength Deep Wrinkle Filler (clinically demonstrated). Once I had bought these, I shamelessly scrounged tiny sachets and bottles. But I reckon it was worth it to get those ‘free’ samples.

Did I try them out? You bet. In my book, those deep wrinkles were goners. And while the filler was doing its work on my shrivelling cells, I was carefully applying eye makeup just the way it said on the film, from the tiny pink dot on the inside of the eye socket, to the concealer under the bags.

For weeks, I persevered. And it lifted my spirits. All this work I was putting into my face must surely make a difference. But why didn’t anyone comment on my ravishing new look?

Ironically, in the middle of the regime I went on holiday to India where factor 50 was the order of the day. But I still came home with a sun tan, which we all know is bad for our skin. Only then did anyone say I looked really well.

What have I learned? My blinding moment of discovery is that skin creams promising to rejuvenate are rubbish and make no difference. BUT, cosmetics like foundation and mascara can improve my appearance. Why has it taken me 66 years to differentiate between them? Duh!

Well-groomed, glossy women don’t look like that by accident. Applying makeup is a form of artistry which takes time, dedication, practise and most of all, enormous belief. I would like to be better at that, but I can’t be bothered to invest the time or money. I’ll continue with the morning skin care sessions for as long as the samples last, and I’ll try to take more care over my makeup.

Yesterday, I made a real effort before meeting another friend who always had a flawless English rose completion and had even less time for makeup than me.  I was halfway through the story of my experiment when she interrupted me. “But now I have broken veins and wrinkles too,” she said ruefully. “I found a website called Look Fabulous Forever and I’ve been buying some of their stuff.”

“You should try it.”