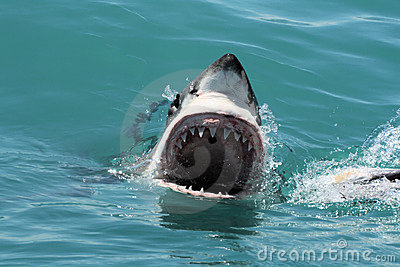 Richard Lutz this week wanders through Warwickshire, oozes over a choir,  wonders about a pub quiz and ponders over sharks

I file the picture above because it’s not only emblematic of the dangers of the deep sea but also because scientists have finally found out why they are baring their teeth as they breach. More at the end of this vital piece.

But from Sharkland to a pub quiz. I usually fail at these thing, and this week was no exception. I am just no good at knowing who was the first Prime Minister to be born in the 20th century (Alec Douglas Home), the county capital of Wiltshire (Devizes) or what is the 103rd element in the Periodic Table (Lord knows…)

But an inside source on the quizmaster’s panel did feed me info that there were one or two American-oriented questions that only I would get. And there were. Question six under Sports was “Who won baseball’s World Series?” And for a bonus: “Who did they beat?”

No problemo. I clock both of them and I think I was the only one to get them right in a hall of hundreds of quiz nuts. But, despite my signal victory, all else for my  team was mediocrity. We finished right in the middle. It’s an improvement though. Last year we were second from bottom.

This particular Birmingham quiz, to help the Eve Brook education charity, always comes just before Christmas. This being the formal run-up to the holidays (the informal one being in November with the grubby, grabby, greedy Black Friday sales), I head off for a friend’s choral night.

She is part of a 200 member choir and they are terrific. They begin with Another Opening, Another Show by Cole Porter and then head straight upmarket with Purcell and Prokofiev.  It is gorgeous to hear the human voice on a cold winter’s night. Next to me are the parents of a young soloist. They’re beaming, they shed a delighted tear or two, proud proud mother and father.

Finally, my disappearance into the quiet maw of Warwickshire. My friend D and I wander near Henley in Arden via canals, footpaths, tiny farm roads.

We stop at the Preston Bagot All Saints church (left) which sits atop a small knoll peering southwards torwards Wooten Wawen and Stratford. Mist rolls through the quiet valleys. The Cotswolds are all brown and deep green, themselves painted in mist and cloud.

The church, with its wooden spire and its Norman walls, is open which is a godsend as many times when I come to this spot, it is locked because of thieves nicking Jacobean plate or furniture. Today its old door cracks open, and the inside is grey with quiet winter light, and the church, perched on its ancient site, peers permanently south towards a Warwickshire winter.

You are waiting for Shark News: Here’s another angle of that vicious fish 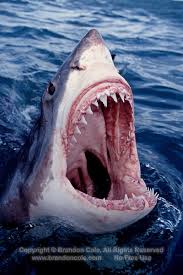 Boy, it’s scary, breaching with fangs extended. Actually, my fish source tells me, it’s in deep pain as it has just stepped on its kid’s lego in the middle of the night on the way to the bathroom.

And that’s a fact.