Richard Lutz reviews his past seven days of May.

To tip is hip. Or so said a sign on San Francisco’s North Beach promenade.

And it does raise major questions when you slap a fiver down on a table for a hard working waiter. But don’t for a bus driver or a street cleaner or, for that matter, for your accountant or your local health and safety officer.

But I guess it is what is billed as accepted practice. Which means you follow everyone else. So when I got up from a table recently at a pub I won’t name because the food was so bad (and also the people who own the Peacock Inn near Birmingham will be embarrassed), it was obvious there was going to be no money left for the waiter to pocket. Or spread around the kitchen.

But who suffers? It seemed the kitchen was chaos. And the pub was understaffed on a midweek. So, the people we had not tipped were being worked extra hard.

Yes, they did knock off the charge for a pork burrito with no pork in it. And did offer an apology for everything being 40 minutes late. But you can’t leave money for service that was dismal.

But then again, you were penalising the staff that had to work extra hard because the Chef and Brewer pub chain was managing the place so badly.

The meal was a greeting back to England. I’d been on the Isle of Man which is definitely not England and, according to many on this island, not even Britain.

Short of googling it, I am not sure where I was….

There are Manx pound notes, there are loads of tricksy offshore banks I didn’t recognise on the high streets of Douglas and the main chitchat seemed to be that local resident Jeremy Clarkson shouts at people if they come too close to his home. And….there is definitely something in the air that is not wireless.

We were visiting with an elderly relative who is not hooked up. And that meant reaching for your e-unit upon awakening and finding no news, no messages, no…anything really. 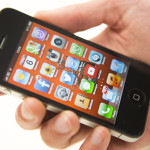 What a weird feeling. I peddled up to the local library each morning to get my fix on an open wireless feed near the fiction shelves. Then went back to a pre-electronic world for 24 hours. Staying with our 88 year old auntie, we would go for the phones when a query about the world would arise (the capital of Guernsey; the weather in Miami; a twitch over a Leicester City score) but were really left in a 1980’ish universe of having to wait for the TV news or find an encyclopaedia.

And strange on return to the 21st century at the Liverpool ferry dock to get bombarded with facts, facts, facts and messages.

We returned to ’the mainland’ to find London’s new mayor is Sadiq Khan (see left). He’s  Muslim and was the victim of race hate from his Tory opponents who nastily inferred he hobnobbed with terrorists. He is a Labour man. And that party is embroiled in an anti-Jewish furore.

Funny to think that the previous Labour boss was Jewish. He departs and under new leadership these anti-Semitic rumours erupt. Tory anti-Muslim invective. Labour anti-Jewish conspiracies.

All this in one of the most secular cultures in the world; where no one goes to church; no one uses Sunday as a day of rest; no one celebrates Christmas or Easter as anything more than a family get together. It’s enough to cause Trump to take up the cross and invade us when he becomes chief despot of the US.

2 thoughts on “This was the week that was: Tipping Point and other tales”