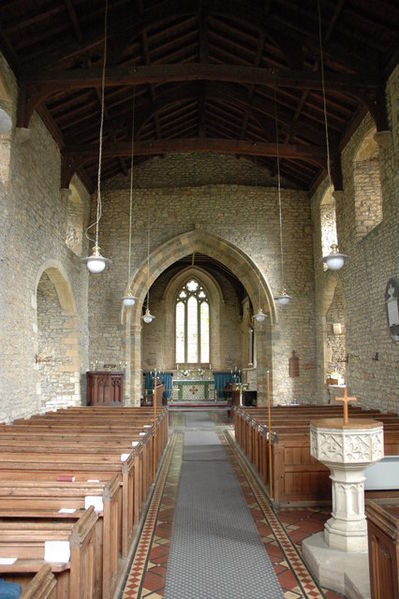 You come across them in almost every little shop, every pub in Britain – a semi-professional booklet mapping out local walks. I am sucker for them.

Some of them – goodhearted as they fund local charities – are maddeningly confusing. Some are simple and a pleasure to follow. Some are written by folks who love their local countryside but have little knowledge of what a pen looks like.

I picked up one recently for The Feldon, a quiet corner of countryside tucked between Stratford to the north and the rolling Cotswolds to the south. It is a patch of earth with compact villages with names like Wimpstone, Oddington, Great Rollright and Fulready and it is one of the quietest areas of England around.

This week, its fields are brightening to a vivid yellow with the rape crop. The grain fields are just beginning to shoot up and Brailes Hill rises above the quiet farm valleys and the little lanes. One of the local churches leaves a basket of free drinks and chocolate in its chancel now that the village shop has shut.

Thankfully the little walking guide I pick up (dedicated to funding a local hospice)is a clear tour to the paths which loop around The Feldon – ancient drove roads, tidy walking routes with names such as Monarch’s Way and, inevitably, Shakespeare’s Way and quiet bridleways made muddy by hooves over the winter.

We pass a skylark’s nest and it shoots up from the field with its song to distract us. We weave through a flock of sheep grassing stupidly on a high field overlooking Shipston on Stour and have a pint of local brew Hook Norton (the famous Hooky beer) at Lower Brailes.

Britain is beginning to bloom, dry out and awaken. 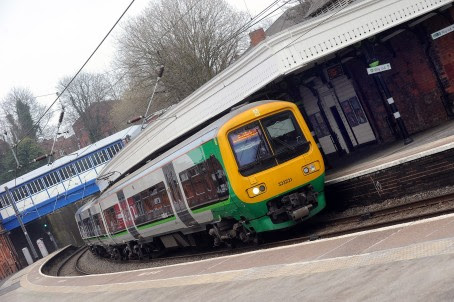 The walk helped me shake off an earlier sluggish rail trip two hours north of Birmingham to Leeds. Unfortunately, so many trains I have been on recently are so late that we can demand refunds – 50% for half an hour late and 100% if an hour late. We scrape in at 31 minutes late on the two hour trip (“technical difficulties…”) and get half our dosh back.

The train was crowded. Grasping at some remaining sense of courtesy, I  try to offer my seat to a standing throng. I look for an old person before I realise I am old. There doesn’t seem be anyone younger than me in the carriage. I offer myself my seat and leave it at that.

I end the week with Andy Murray taking the Rome Masters from Novak Djokovic. There is little doubt that we are in the golden summer of the best tennis ever. And there seems in the men’s game no one pushing from behind after these two, Federer and a fading Nadal. Murray usually gets edged out by his nemesis. But this time, our dour Scot hero – who actually has a cheeky sense of droll humour – punishes the Number One.

Now onto the French Open and a second Wimbledon win. And Our Andy taking top spot in the rankings.

One thought on “That was the walk that was..and other tales”