Richard Lutz looks back in languor at the past seven days: days of pride, northern views, the Stones play Cuba…finally. 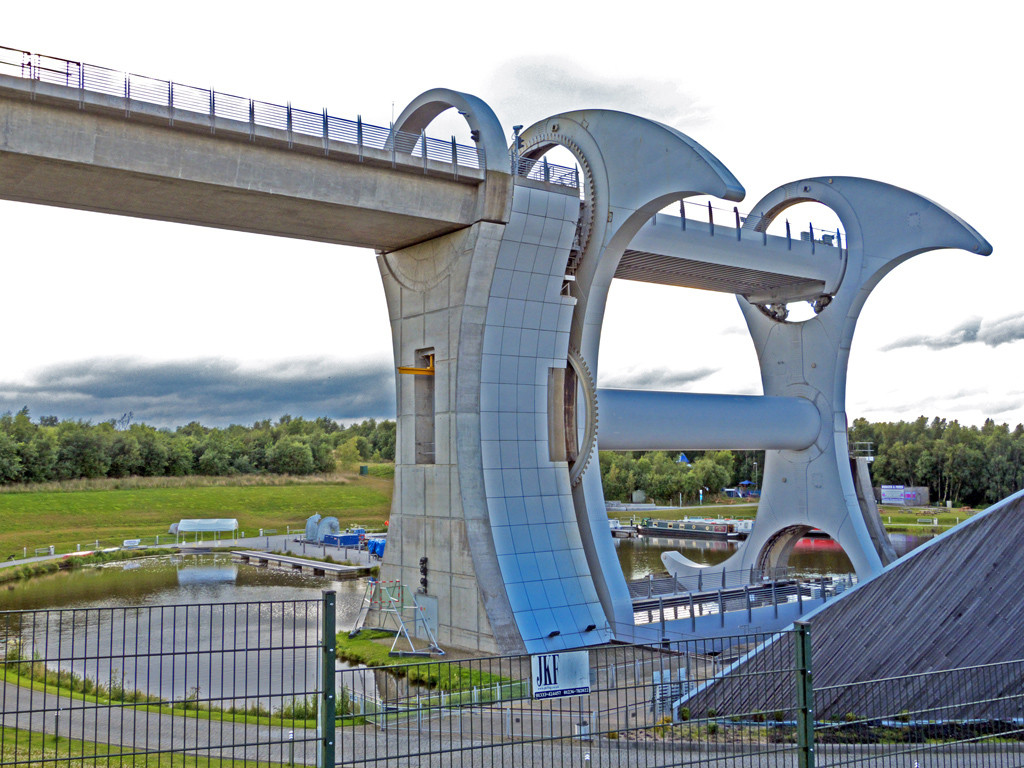 In Scotland for a family bash. A fiftieth birthday party in a North Ayrshire town. The disco is rumbling at Mach 11. I go into the corridor of the bowling club to rest my ears and get away from dance classics which are jamming the floor.

There, I am met by a man on the other end of the family spectrum. He’s from Falkirk, he proudly tells me. I know the town for all its failings, all its past glories, all its chapters of the human comedy: I started out there as a freelance for the Glasgow papers all those decades ago.

“My son,” he tells me, “my youngest, his first job was building The Wheel.”

He was referring, of course, to the eye popping Falkirk Wheel, a boat lift (see above) that ensures barges and craft are raised from one canal to another. There was justifiable pride in this father’s voice as he finished off his pint.

It is an admirable trait in many Scots to feel the heart lurch for a country with a deep attachment to literally making things. The list of devices engineered, inventions perfected in Scotland is long. This man’s mention of his young son’s achievements is Scottish to the core…never mind if it may be coated in nationalism, the mythic labour movement of even the twee world of kilts and tartan. From Selkirk to Inverness, folks above Hadrian’s Wall firmly believe they helped form, helped build, this functional world of ours. Maybe they did.

Before the party, which included a raffle whose prize included a trip to the Rangers’ Ibrox Stadium, there was a journey to Way Up North.

I’d always wanted to peer over Dunnet Head, the most northerly part of this Island Britain. Luckily, it was a clear day and the Orkneys seemed touchably close over the rumply troublesome waters of Pentland Firth. I’d always assumed the islands were way way away. But, actually, they’re only ni ne miles adrift and loomed in the cold winds like a a beast asleep on the waves.

To other news: The week that started with Tory mayhem and was followed with a murderous attack in Brussels ended with something bit more lightweight but still important.

It seemed emblematic of the Castro regime that the group was banned by the hardline reactionary hierarchy for fifty years. Their music was not allowed on Cuban radio.

What paranoia poisoned the leaders when they felt that a dose of simple rock and roll was bad for the people they control? The regime was frightened of its own citizens. Not a good sign. Maybe a riff from Brown Sugar will make them lighten up a bit and respect the folks they rule over. Hey, after all, it’s only rock and roll. What could possibly go wrong?

One thought on “That was the wheel that was”