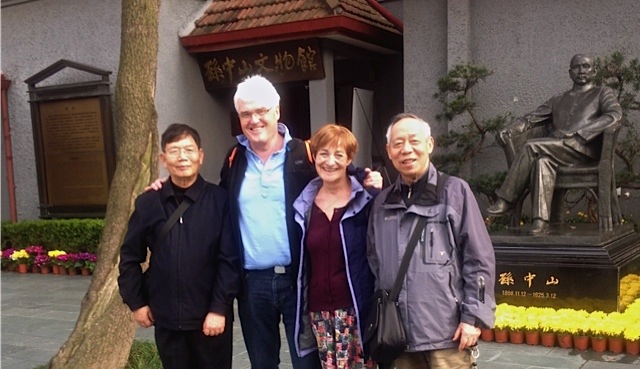 In 1984, four naval engineers from Communist China arrived in Tyneside’s shipyards to learn the latest shipbuilding technology. It was a good news item for me, then the Industrial Correspondent of ITV’s Tyne Tees Television. But the story unexpectedly spans more than three decades, during which China has been transformed into a capitalist, economic superpower.

The Shanghai engineers arrived when Margaret Thatcher was the Prime Minister fighting the miners strike and Prince Harry had just been born. They were highly qualified and honoured to be granted permission to leave restrictive, authoritarian China and share a grotty flat in Whitley Bay.

A mixture of curiosity and sympathy led me to take them under my wing. I took them on day trips, watched them wrestle with cutlery instead of chopsticks, and struggle even harder to understand the rules of cricket.

Amazed that only two of us lived in a house with three bedrooms and two receptions rooms, they asked:  “Why are there so many rooms for so few people?”

I had followed newspaper and television coverage about the People’s Republic of China since the 1970s. I was intrigued and longed to ask endless questions about what it was like growing up under a regime led by Chairman Mao Zedong, a regime not unlike today’s North Korea.

Children were encouraged to denounce intellectual parents, academics were reviled, students forced to work in the countryside, cultural artefacts destroyed and community policing meant no one could be trusted. Everyone was fearful.

But they politely skirted around my questions. When one said he had been in the Red Army, the others smiled as if it was all a silly joke.

After a few months, they returned to Shanghai and I visited them there in autumn 1984.
.
Chengqi Wu and Yue Chi Zhong took one of their precious six days holiday a year to meet me in the street outside our hotel because they were barred from entering.

When asked what I wanted to see, I said: “I’d love to meet your wives and see your homes.” They exchanged glances and shook their heads. This was not possible. I was no closer to finding our what life was really like in the People’s Republic.

Instead, we explored Shanghai, where millions cycled along wide streets on Flying Pigeon bicycles, the few cars were for government officials, and most people wore green or dark blue clothes. Cosmetics or fashionable clothes were unusual. We even saw a few elderly women with bound feet.

In 2014, Chengqi Wu tracked me down and wrote: “China today is very different and you would be very welcome to meet my wife and see my home.” So I returned this year. 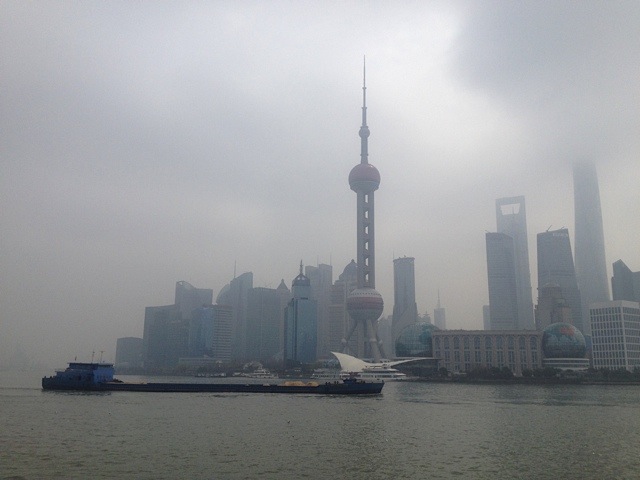 Nowadays, central Shanghai has overtaken London or New York. Streets are clogged with cars and overhead motorways on stilts cut swathes between 50 storey apartment blocks. Neon lights advertise stores like Zara, Gap and H&M. Across the Yangtze river delta is the commercial and business heart of Shanghai called Pudong, a Gotham City of skyscrapers replacing what was marshland in 1984.

This time, my Chinese friends came inside the hotel to greet me warmly. Nothing was too much trouble and their generosity was overwhelming.

Glimpses of old Chinese customs can still be seen in the park in the French Concession area, where men play mah-jong or Chinese chequers and fly kites, and couples waltz to Chinese music. But apart from this oasis, central Shanghai is as hectic and affluent as any Western or American city.

Both of my Shanghai friends live comfortably in financial security. Wide screen TVs, computers and smart phones are as essential to them as they are to us.

Chengqi Wu still works part time as a consultant naval engineer and closely follows international news. He holidays in Europe and spent months in the USA where his elder son settled because there are, he says, more opportunities there. His younger son studied in Denmark and returned to China to be near his parents. 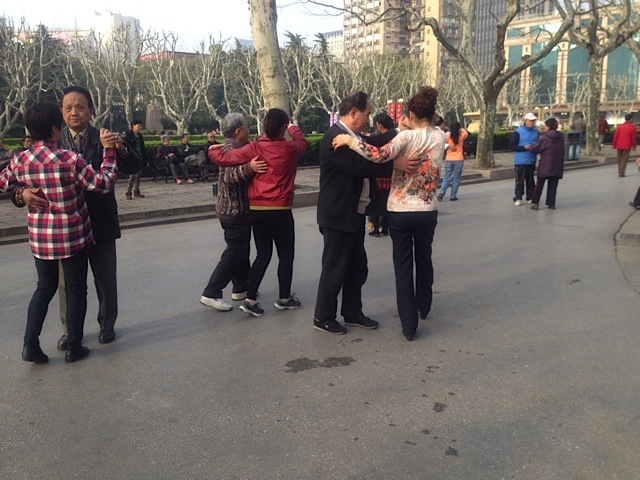 Dancing in the streets

77 year old Yue Chi Zhong has retired. Living in a 77 year old £500,000 flat in the city centre, he enjoys internet shopping and playing the stock market. He had made £2,000 before 10.00am on the day we met. He had just returned from a cruise from Singapore to Malaysia.

While life is good now for the generation who survived the Mao Zedong regime, what is it like for the many British people who are studying and working in China today? I spoke to a student, a female high powered advertising executive, and a banker. They all described their experiences of bribery, nepotism, personal letters and parcels opened and the contents sometimes confiscated. They were convinced their phone calls were monitored.

“The only people who last here longer than three years are married to a Chinese person,” said the banker. “It’s so hard. We are viewed with suspicion. And now I understand what it’s like to be the victim of prejudice.”

My Chinese friends are still as reticent about their past lives as ever, but on our last day Chengqi Wu said that his time in the North East had opened his eyes.

He recollected his first days on Tyneside, sitting on the Metro marvelling at the scenery, the cars, people in fashionable clothes and the rows of houses which he loved. He had made another long Metro journey on his last weekend, embedding his memories. I got the impression he had found it hard returning to 1980s China.

As with all old friends, I left promising to keep in touch and exhorting each other to visit again. I probably will. Why? Because despite our time together sharing meals, conversations, and seeing the sights of 21st century Shanghai, I still haven’t met their wives or seen their homes or had answers to my questions.

One thought on “Meeting Up in Shanghai: Flatscreens, money, internet shopping… but still wary of the past”