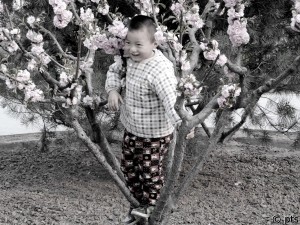 Few places on this earth receive more media coverage than China these days, and Beijing gets its fair share of that. “China is the biggest story in the world right now” declared Andrew Jacobs of the New York Times, at a recent talk in the city that is currently the capital of the Middle Kingdom.

The world’s media seem to agree with Jacobs, as do its politicians. Witness David Cameron’s China appearance as pimp extraordinaire on behalf of UK plc not so long back.

Capital has no boundaries, no moral compass, and so global businesses clamber over each other’s lascivious, corporate limbs in their scramble for a taste of the China market. They sense blood, in the form of obese profits sucked from the unprotected labour of China’s migrant workers, who live in tents and squalid underground dormitories, working day and night for a return of perhaps ten British pounds a day.

A reasonable observer should acknowledge the material progress that has been made under the Communist Party in China. Countless people have been freed from the shackles of poverty. People here have personal freedoms that would have been unheard of prior to the period of reform and opening to the world. Young couples can date without the need to recite the words of Mao before dinner. People – foreign and Chinese bourgeoisie alike – can make money until it bursts from every orifice.

The people of modern China, in short, can do almost anything they want to do, so long as they are connected to money and power, and so long as they do so with the pride and wrath of a field mouse. So long as they do not publicly utilize the creative spirits of resistance, rebellion or brotherhood, those moments of humanity at its best, all options are open.

My time has drawn to a close in this country that is currently, according to those who make these decisions, the “biggest story in the world”. It’s been a confusing, mind altering and heady few years – gloriously, if occasionally despairingly, so. But this is my last Letter From Beijing and it’s time to reacquaint myself with the rest of the world and its people – that great land mass and 80% of the world’s population that is neither China nor Chinese, and that has many more stories of its own.

It’s been a ball, China – it really has. I’ll never regret the time I spent with you, and I wish those of your people who currently give their sweat and tears for the global elite a healthy and equitable future.

But I’m off to other and very different shores now, to seek the company of others.

It’s not you, Beijing – it’s me.  So farewell, good luck, and goodbye.

One thought on “Letter from Beijing”