Two bands to watch out for in November.

The Hare & Hounds in Kings Heath will be presenting two of the best up and coming bands in the country later this month. 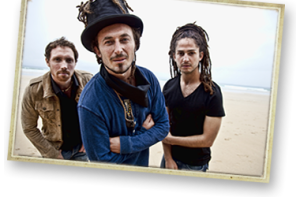 Having toured their unique brand of rock music with the likes of Deep Purple, Joe Bonamassa, John Butler Trio and Status Quo, Willie and the Bandits released their first nationally distributed album, Grow, on October 14th.

Renowned for creating an astonishingly huge sound, incorporating eclectic grooves from world music to heavy rock, the band push the boundaries of what is expected of a modern three piece.Although difficult to pigeonhole, Wille and the Bandits are taking rock music to new places, with a unique take on songwriting that is fresh, but at the same time laced with nostalgia. Their success has been built on successfully engaging three generations of fans, each captivated by the exquisite musicianship and soulful song writing which flows effortlessly throughout their performances.

Based in Cornwall, but playing over 250 shows a year worldwide, their songs are a social commentary on what their road worn eyes have seen, never shying away from even the most poignant subjects.

The band has developed a loyal underground fan base right across Europe, mainly from their explosive live shows. Their success in building a core fan base is a result of their versatility; whether busking or in a sold out arena, the band have the songs and musicianship to command an audience and connect with people who will return for more.

After playing many major festivals including Glastonbury, Isle of Wight and the Olympic games, the band were chosen by The Kaiser Chiefs as one of the top unsigned acts in the UK, declaring them, “destined for big things”.

To promote Grow the band are touring the UK and play the Hare & Hounds on 21st November.

In contrast, Cornish electric-folk troubadours 3 Daft Monkeys are touring to promote their forthcoming sixth studio album. Of Stones & Bones’ is a compelling collection of songs that draws the listener into the bizarre and mysterious world of Cornish tales and superstitions, both ancient and modern.

Tim Ashton and Athene Roberts form the heart of the Monkeys’ and during a break from gigging due to the birth of their son Arlo, Ashton turned his songwriting gaze on his adopted home county of Cornwall. The wild Celtic heritage and folklore of Kernow shines through in these songs, the roots of which delve deep, touching the stones and bones that are the fabric of this epic landscape and its wild and colourful inhabitants.

In Of Stones and Bones, characters are brought to life in a theatre of sound, from upbeat mischievous musings on the god of the sea, Bucca Dhu, to the tragic and heart-wrenching tale of Jenny Trayer and her unfortunate child, from tales of curses inspired by a hair-raising night in the Boscastle Witch Museum to the eccentric story of Reverend Hawker, all the colourful otherworldly life of the region is here.

Whilst containing the intoxicating blend of rhythms and styles that is instantly recognisable as 3 Daft Monkeys, there is also an added dimension of traditional Cornish tunes within the songs. Of Stones and Bones is musically the most diverse album the band has produced, and the first that double bass player Lukas Drinkwater has performed on. He also lends his vocal skills making it possible for the first time to create spine-tingling three-part harmonies. To add a new dynamic impact, percussionist Rich Mulryne, has been invited to lend his varied drumming styles both to this album and the live shows.

3 Daft Monkeys will be on the road extensively throughout October and November, performing songs from Of Stones And Bones alongside all the usual live favourites from their previous five albums and play the Hare & Hounds on 28th November.