Here’s the chance to win tickets for the upcoming Levellers gig at Leamington Assembly. 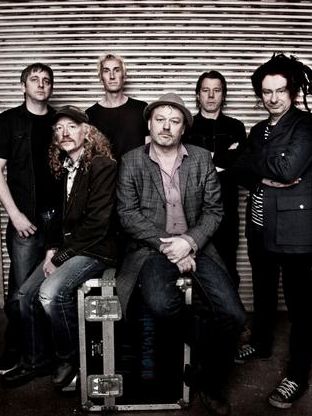 Long-established folk-rockers Levellers are celebrating their recent 25th anniversary and have announced a raft of UK summer gigs and festivals.

The band also released a five-track anti-war EP on 5th May featuring a new recording of The Recruiting Sergeant with special guests traditional English folk singers The Copper Family, plus Shona Kipling and Dan Walsh. It was mixed by Matt Lawrence (Mumford & Sons, Grinderman, Bat For Lashes). The song is itself a contemporary reworking of the cautionary traditional Black Watch anthem, Twa Recruitin’ Sergeants and the original album version features on the band’s  2012 studio album Static on the Airwaves. All profits from the EP release will be donated to War Child, the charity for children affected by war and set up to protect children living in the world’s most dangerous war zones.

Levellers are playing an extensive number of UK gigs and festivals this summer, including Isle of Wight, Cambridge Folk Festival and a headline slot at Dorset’s Camp Bestival.

The tour includes a night at Leamington Assembly on 28th June, and we have a pair of tickets available to the winner of our competition.

To enter, send the answer to the following question to birminghampress@gmail.com

In which year was the Levellers legendary Glastonbury performance, where the band broke the festival’s stagefront audience record?

The competition closes at midnight on Sunday 23rd June and the winner will be announced on the following day.  Please include your full name, mobile number and e mail address with your entry.

And if you don’t win, tickets for the show are still available at £19.50, from www.leamingtonassembly.com