Leamington Spa based translation provider Comtec is reinforcing the message that the world is open for trade with Britain after experiencing growth of its own throughout 2012.

The company, which works alongside leading international brands from across the UK, has expanded to meet growing demand for its services at a time when exporting has never been higher on the UK business agenda.

Thirty-nine per cent of UK exporters reported increased sales from exporting in the third quarter of 2012 according to figures recently released by the British Chamber of Commerce, and underlying exports in the UK grew 4.1% in the same period. Furthermore, countries such as Russia and Poland are expecting UK imports to grow seven per cent a year during 2013-2015. Within the automotive sector the value of exports exceeded imports by £564 million in just the first few months of 2012.

Comtec has been well-placed to witness the export growth first-hand through the work it has done with one of its most recent clients, UKIP Media & Events, a leading international publishing and exhibitions business, with total emphasis on transportation and kindred industries. Comtec began working with the company in April this year, providing marketing translation services to support promotion of UKIP’s trade shows and exhibitions worldwide and the partnership continues to prosper.

“We produce, promote, and host highly successful, first-class conferences and exhibitions with a clear focus on expanding knowledge, sharing opinions, ideas and visions, while maximising networking opportunities and creating strategic business relationships. It’s absolutely vital that our global audience receives the correct information in a language they understand. Comtec is fully entrusted as our sole translation service provider, and continues to provide us with a second-to-none service,” said Lewis Hopkins, Deputy Production Manager, UKIP Media and Events.

In order to keep up with demand, Comtec has expanded its own team with the recent addition of new Business Development Executive Laurence Rickards.  His appointment follows that of two new account managers Marzena Kubiak and James Brown who joined the team earlier in the year. Marzena and James manage a wide variety of projects for Comtec’s UK-wide client base, including translation of technical manuals and localisation of websites into a variety of languages.

With the rapid advancements in digital technologies, languages online have also changed, with Chinese and Spanish becoming the second and third most used languages online behind English.  To keep pace, Comtec’s corporate website has also received an overhaul to reflect the changing nature of online languages. Already translated into French, German, Swedish, Spanish, Russian, Italian and Japanese, the company has redesigned its entire website for improved ease of navigation. The new website also offers Comtec the facility to demonstrate its vast experience with a plethora of guides, fact sheets, case studies and thought leadership blogs available to visitors.  This wealth of knowledge underpins Comtec’s approach to working closely with their clients to develop the highest quality multi-lingual content.

In order to meet growing demand for its translation services, Comtec also continues to invest in the latest translation memory software. The software enables Comtec to store all previously translated content securely and confidentially for their clients to be accessed for further projects, thereby reducing costs and ensuring faster turnaround times. 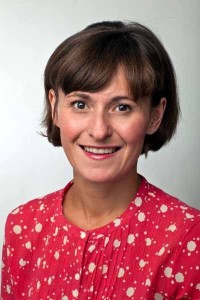 Sophie Howe, Managing Director of Comtec Translations, has seen an increase in demand as the year has progressed and is predicting a positive year for overseas trade in 2013: “The latest export figures demonstrate that overseas trade is steadily on the rise and we have experienced this with an increased demand for our own services throughout the year. Recent initiatives to get Britain exporting like National Export Week that took place in early November, for which we launched a new online guide to setting up a website in multiple languages, and chancellor George Osborne’s export plan delivered in June for the UK, have really helped to reinforce the message we keep spreading that the world is open for trade with the UK. With £158 billion worth of exports to the European Union in 2011, the future for UK exports will offer even greater opportunities”

Their website has details of the services on offer here.