It’s more than thirty years since Gary Numan shot to fame with the ground-breaking Are Friends Electric? Dave Woodhall brings us up to date. 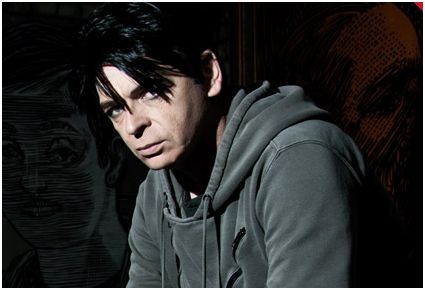 He remains one of the most enigmatic figures in the music business, cited as an influence by artists as diverse as Prince, Lady Gaga and Foo Fighters. In November he’ll be touring to promote his upcoming Splinter album and before then he’s appearing at the Leamington Assembly next month. We asked him what will the show be like, and how will it differ from previous tours?

“It’s a one off show to try out many of the songs from the new ‘Splinter’ album before the main tour starts in November. It’s a chance for me to play songs that have been a long time coming and get that important initial reaction to them. As such, the focus is very much on the music as it’s the music that I need feedback on, not some special effect in the light show. That will all come later.

“It’s very important to me that the music stands up in its own right so the show will give me a very honest and brutal reaction. If something isn’t working I’ll know about it straight away. If everything works well, which is obviously what I’m hoping for, then I can forge ahead with greater confidence. It’s been seven years since my last proper studio album so it’s a somewhat nerve wracking time, to be honest.”

If you had your career again, is there anything you would do differently?

“I wouldn’t have made the big announcement that I was retiring in 1981, albeit temporarily. I would still have done it but I would have done it quietly and given myself the time I needed to get my head together before starting again. I would choose different singles for about 99% of my releases. I would never have released my Machine And Soul album in 1992 which was a huge pile of poo, to be honest.

“If I really think about it I could probably come up with a list longer than the Magna Carta but every mistake you make, and how you cope with it, shapes what you become, and I’m quite happy with what I’ve become and where I am in life. So, apart from those few mentioned, I’d probably leave all those horrible learning experiences intact and live through them all again.”

“I’m in the middle of that just finished period where I’m wondering if it’s great or shit so not the best time to be asking me. It’s a mixture of huge anthemic riff monsters, strangely beautiful if somewhat quirky moments of gentleness and a few things in-between. Very heavy in places, somewhat ethereal in others. By far the most varied album in terms of mood and dynamics that I’ve made in a long time but, hopefully, has all the good bits of those that came before, but still sounds completely different.”

What do you think about your music being used for TV adverts?

“I’m very happy about it. It’s always interesting to see the different ways people find to use the music, some are really quite creative, some less so, but I do enjoy seeing it used. And it does pay very well. In fact, with album sales declining for most of us it’s become increasingly important to find other areas for the music to be placed and ads are definitely one of them, as are TV shows, film trailers and films themselves of course. Plus, people doing cover versions, using samples of my music for their own songs, video games and so on. We have needed to create lots of little streams to replace the big river that has dried up.”

Can you imagine in the current music scene anything as leftfield as Are Friends Electric coming almost out of nowhere to such popularity, so quickly?

“It was very rare when it happened and it will be equally rare if it ever happens again but it’s always possible. The success of Are Friends Electric was something of a phenomenon at the time, driven entirely by the public with little or no media help at all. It had no radio play until it had already been number one for two weeks, no press, no touring, nothing. It was one of those special moments when the public grabbed something entirely new before the media had even become aware of it.

“It was a very proud and satisfying period for me. I hope it does happen again to someone. I think moments like that shake up the business in a good way. It’s very exciting and emotional for everyone and so many doors are opened for new bands and new music. The end result of that of course is that the music fan gets a huge new flood of music to enjoy, music that might never have been heard without that one rare track becoming successful and breaking down those barriers of ignorance and resistance.”

Who would you like to cover one of your songs, and which one?

“It’s already happened. Nine Inch Nails did a cover of my song Metal, so I can die happy. There is no greater honour.”