The 70th innovative tech start-up has enrolled at the Entrepreneurs for the Future centre, based at Birmingham Science Park’s Innovation Birmingham Campus. The business incubation programme has been running for three and a half years, and to date the start-ups have secured over £2.2 million of investment during initial funding rounds.

Entrepreneurs for the Future is Innovation Birmingham’s flagship tech business incubation initiative, supported by the European Regional Development Fund (ERDF). The start-ups that the programme has incubated have created 140 new employee and director positions since November 2009.

The 70th tech start-up is Bear Labs; a newly formed company that is developing a social media dashboard to enable Twitter users to better engage with relevant followers. Through a combination of metrics, targets and advice, the product – called Yogi – identifies which followers to build strong relationships with, in order to create brand advocates. 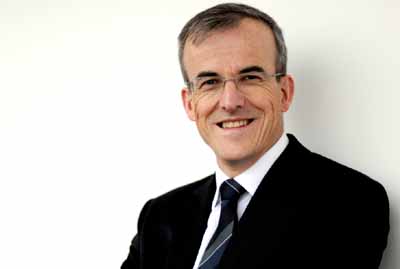 “As a specialist incubator, we offer a personal programme of mentoring together with free office space, telecoms, meeting rooms and superfast broadband for the first six months. We actively support, promote and help deliver our entrepreneurs’ aspirations to bring their new tech products and services to market. Within the centre – and in the wider Innovation Birmingham Campus – we generate a wealth of opportunities to develop networks and contacts, aiding the businesses on the Campus, as well as providing a dynamic meeting point for Birmingham’s tech community.”

David Hardman continued: “The incubator model has enabled us to capture serial entrepreneurs – such as the team behind Droplet – who as individuals are working on more than one project concurrently. The Innovation Birmingham Campus is open 24/7, enabling people to work flexibly, or cram in the hours when needed. It’s a different approach to the Oxygen Accelerator, which was launched here with Mark Hales in 2011 and ran its first two programmes in conjunction with Entrepreneurs for the Future. With occupancy levels at the Campus now at 98 per cent, Oxygen has moved away from our Campus, but the two separate brands will continue to actively support Birmingham’s tech community through their different approaches.”

Stuart Bates, Founder of Bear Labs, Entrepreneurs for the Future’s 70th tech start-up said: “I first got to know about the support that was on offer at the Innovation Birmingham Campus when I attended meet-up events there, such as Mobile Monday and Tech Wednesday. The community spirit is contagious and I was really eager to be a part of it.

“I’m now in the early stages of developing ‘Yogi’, which is a dashboard tool to enable companies to engage with their Twitter followers more efficiently. The structured support and free office space is invaluable to a start-up, but the best bit is definitely being part of such a great concentration of tech entrepreneurs, all working side by side to make new businesses a commercial success.”

For more information on Entrepreneurs for the Future, visit www.innovationbham.com