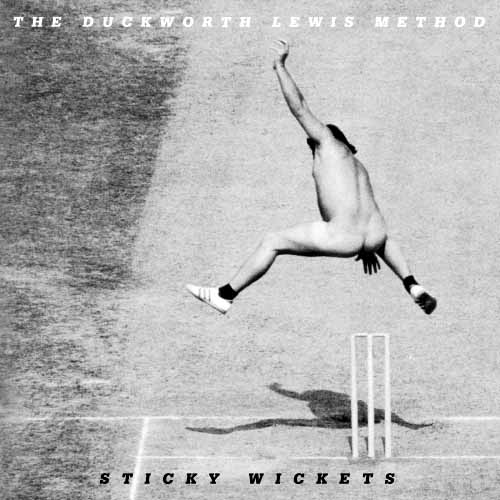 The Duckworth Lewis Method are a pop group formed by Neil Hannon (Lewis) of The Divine Comedy and Thomas Walsh (Duckworth) of Pugwash. Taking their name from the mathematical formula for working out cricket scores, their music is based around the topic of cricket. Their self-titled debut album (nominated for an Ivor Novello Award and featuring Phil Jupitus and Matt Berry) was released a few days before the start of the 2009 Ashes series, a kaleidoscopic musical adventure through the beautiful and rather silly world of cricket. 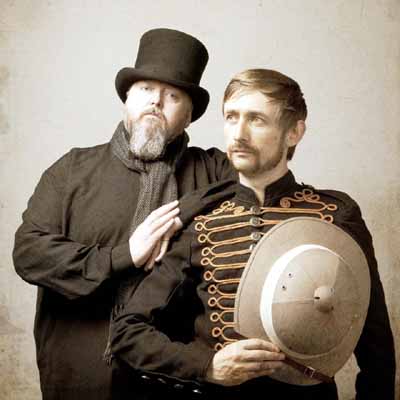 Not stumped for ideas, and with the Australians back, the duo return with the follow-up; Sticky Wickets, another fine collection of cricket-themed whimsical tunes and witty lyrics which you’ll be bowled over by. This time around guests include Stephen Fry and Harry Potter!

Their single ‘It’s Just Not Cricket’ is released on 1st July, along with the album, and features legendary Test Match Special commentator Henry ‘Blowers’ Blofeld. The album’s cover uses a famous image from the 1975 Ashes series when a male streaker (Michael Angelow) ran onto the hallowed Lord’s turf and was encapsulated on film for all eternity as he vaulted the stumps.

‘Cricket and melodic pop music are two of England’s greatest gifts to the world – and it takes a couple of Irishmen to remind us of the fact.’ David Hepworth – The Word