British exports best served by a network of airports, not a London hub, says aviation chief 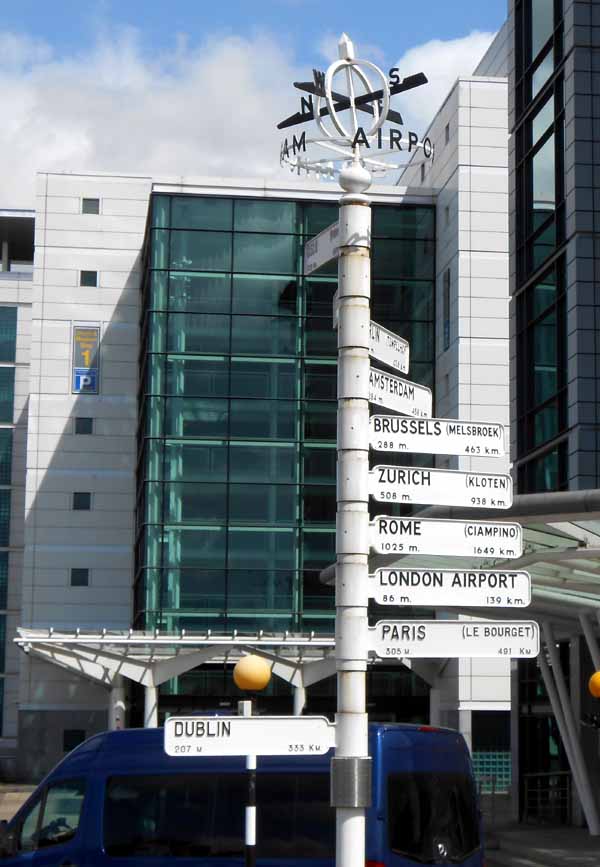 The report, Great Airports for Great Cities, provides further evidence to show that expanding Heathrow is not a national aviation strategy because it will not best serve huge numbers of businesses outside of London, it will not help to support our manufacturing sector nor will it distribute economic growth across Britain.

The report, conducted by economic consultancy Capital Economics, looks at the economic value of the catchment areas of Britain’s long-haul airports. It shows that Birmingham Airport has the largest number of businesses in its catchment, other than Heathrow, with strong demand for flights to Asia and the Middle East, but that these businesses are currently forced to travel from airports in the South.

The key findings in the report were:

The report was commissioned by Birmingham Airport as part of a series of publications to help inform its response to the Airports Commission and was launched at a reception in Birmingham on Monday evening attended by key business people.

“But rather than flying from their local airport, we have ended up with an illogical situation where these businesses have to slog down the M1 or M40 to get to Heathrow – leaving them with huge time and cost implications and adding to the congestion at our London airports.

“The evidence in this report shows that a lot of these businesses specialise in high-value manufacturing and for manufacturers international connectivity is fundamental to their ability to export their goods.

“It is clear that UK exports are best served by a network of airports, not a London hub, and if the Government is serious about boosting growth across the UK and about encouraging a renaissance in our manufacturing sector then we need a complete rethink of our aviation model.

“Instead of building one mega airport in the South East, which is inconvenient for anyone beyond the M25, we need a network of great British airports that serve our great cities. We need to start putting the passenger, and the not the industry, first in the debate.”

Mark Pragnell, author of the report from Capital Economics, said: “The realities of the changing global economic landscape are that British businesses will increasingly require connections to long-haul destinations to be successful. We all know that Asia, South America, the Middle East and, eventually, Africa will be key markets for British exporters. But these long-haul locations are also growing in importance in the supply chains of British manufacturers, as investors into British firms and British infrastructure, and as the source of new ideas, innovation research and development.

“Few airports are equipped to help businesses make these long-haul connections – and most are concentrated in the already congested London area. Birmingham Airport has a population of 35 million within two hours travel time of it, which is the largest market of any airport with long-haul capacity. It is also the most convenient long-haul airport for 15½ million people.

“It is the best located airport to serve the long-haul needs of over ½ million businesses employing 6½ million people. A long-haul Birmingham Airport is the most convenient for not only the Midlands, but also much of Wales and the South West, taking pressure off over-crowded London airports.