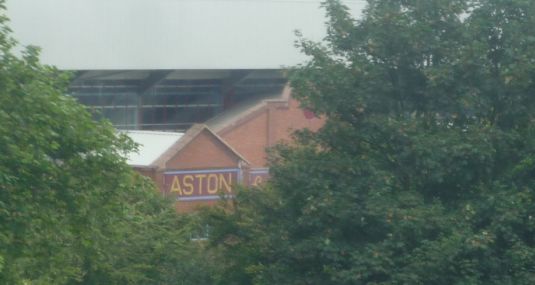 Two men retired from football last week. One of them had won every honour the game had to offer and his departure was treated with the sort of fawning press coverage usually reserved for a royal wedding. The other was far more deserving.

The news that Stiliyan Petrov has announced his retirement can hardly be described as a surprise. Stan’s health must always come first and although he’s winning that a particular battle, the reality is that from the moment news of his illness was announced he was highly unlikely ever to play football again. His playing career is over and we can look back at a time when we had a player who upheld the standards we’ve come to expect from the Villa.

Stan was, of course, the personification of the Martin O’Neill era. He was the first player our new manager signed when he joined Villa from Celtic for £6.5 million in August 2006. Before then, he’d played for O’Neill at his previous club, where he won a reputation as a box to box, attacking midfielder. It was typical of Stan that he was so eager to fit into his new surroundings in Glasgow that he worked at a friend’s burger van in order to help improve his English. He went on to win four Scottish Premier League titles as well as becoming the first foreigner to win the Scottish PFA Young Player of the Year Award.

Stan made his Villa debut in a 1-1 draw at West Ham, where he suffered from the rule that states any Villa player making a good debut must suffer from an immediate loss of form, and in all honesty Stan’s first two seasons at Villa Park weren’t great ones. The effort was there, but he was unable to reproduce his Scottish form at the higher level of the Premier League.

Not that such a problem made much difference as Villa began what was to be a regularly unsuccessful challenge for a place in the Champions League. Wearing what was to become the iconic number 19 shirt, Stan dropped back to become a holding midfielder, where his workrate enabled him to play an effective role in allowing Ashley Young, in particular, to flourish. The end of that second season also saw him scoring the unforgettable goal at Derby, and from then on Stan’s Villa career once more took off.

2008-09 was the season when Stan became firmly established as a true Villa man. He was the team’s Player of the Year as Villa finished sixth once more, and the retireme nt of Martin Laursen saw him being named club captain – naturally, Stan would never forget when an honour this was.

In 2009-10 he led the team out for the League Cup final, and his performances were up to their usual standard in the final fling of the O’Neill era. Despite the departure of a manager with whom he had shared an obvious close relationship for many years, Stan refused to allow the upheaval to affect his game. In fact, his true worth became apparent as he helped steer the club away from its early-season difficulties into a comfortable mid-table position at the end of 2010-11. Never mind individuals, the club came first.

The same thing happened the following season, when amidst the turmoil of the McLeish period Stan continued to play for and captain the team during a time when the club seemed to be in one of its periodic civil wars. Stan made his 200th league appearance for the Villa against Sunderland, scoring with a trademark 25 yard shot during a 2-2 draw.

Stan’s last game was in the 3-0 defeat against Arsenal last season. He felt unwell after the game and was subsequently diagnosed with acute leukaemia. The shock of this diagnosis was only equalled by the support and good wishes that he received from around the world when the news broke. Stan was, and remains, not just a top-class footballer, but also one of the most decent and humble men in the game. The idea for the 19th minute applause was immediately thought up and caught on, first for the game against  Chelsea the day after Stan’s illness became known, and then for every game since. Opposition supporters, managers and even players have joined in with showing their support for a man who shows that not all modern footballers are the egotistical, greedy mercenaries you might think. Villa supporters have been joined by those of Celtic and just about every club in Bulgaria in regularly supporting his fight. Many’s the time photographs have been shown of Bulgarian juggernauts travelling the motorways of Europe with “Support Stan” emblazoned along their sides.

To say that Villa have missed Stan this season would be an understatement. Our youngsters would have benefited from his experience and leadership, not to mention his quiet reassurance on the pitch. With Stan in the side there would have been no eight goal thrashings nor semi-final humiliation, and neither would we have still been battling against relegation going into the final few days of the season. Indeed, it’s one of the greatest sad ironies of Stan’s illness that his abilities both on and off the pitch would have been a perfect fit for the Villa’s current situation.

But of course, our problems are a minor concern compared to Stan’s health and it was no surprise when his retirement was announced this week. With his usual dignity Stilyan announced “It is with a heavy heart that I am announcing my retirement,” adding, “I was privileged to live a life competing at a high level and playing the game I love, supported by the most passionate fans.”

The news was greeted in much the same way that has followed every piece of news about Stan’s condition for a year – sadness followed by reflection about what a special man he is and what a great loss to Villa, and football in general, he would be. Whether it be supporters, player, manager or pundit, just about everyone connected with football queued up top pay tribute to one of the few men in the game for whom that weary old cliché rings true – you never hear a bad word said about him. Not that there’s any chance of Stiliyan being lost to the game, or even forgotten.

Thankfully he’s currently in remission and long may he stay that way. It’s been mentioned that there will be a job waiting for him at Villa Park should he so choose and whether that be coaching or in some ambassadorial role there could be no better man for the job than Stan. He has an affinity with supporters and young players could have no better mentor. Already inducted into the Villa Hall of Fame, Stan has shown that he deserves to have his name mentioned in the same company as the illustrious captains of our club’s past.

He may not have led the team to the glories that his captaincy deserved but there is indeed only one Stiliyan Petrov.