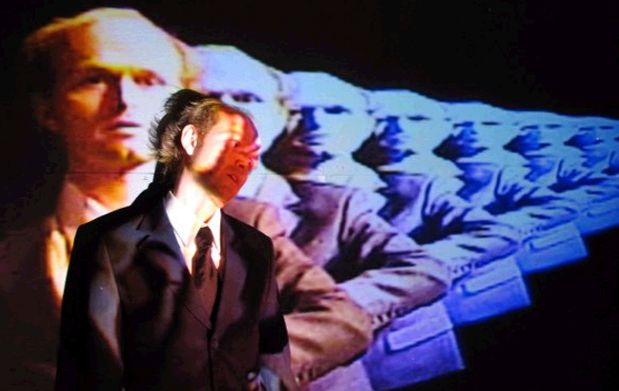 Twenty-three performances from twelve different countries will run alongside exhibitions, discussions, workshops and home-cooked food this summer, as Birmingham’s annual festival of European work returns to the city for a fourth year. With an emphasis on collaboration, participation and exchange, the performance programme is built around participatory events and a communal meal, and each of the pieces presented have been selected for their capacity to transcend cultural and linguistic boundaries.

At a time when financial instability dominates public discourse on Europe, BE FESTIVAL aims to build meaningful connections between artists and audiences from a diverse range of backgrounds, bringing people together in unique and imaginative ways. Acknowledging the racial and cultural tensions that are so often associated with periods of economic crisis, the festival hopes to recognize the shared values and experiences that unite people from across Europe, while providing space to debate the existing problems and the potential future of the continent.

The main programme consists of four 30-minute shows each night in the atmospheric old metal works factory @ AE Harris, located in the city’s famous Jewellery Quarter. Before and after the performances the festival also offers live music, visual art and the chance to attend workshops, while each day opens with Feedback Café, a session that enables audiences to meet and discuss work with those who make it. The communal dinner, served after the second of the four performances each night, provides further space to share ideas and experiences over a freshly cooked, Mediterranean-inspired meal.

Highlights from this year’s programme include the 2012 Total Theatre Award-winning (remor) by Spanish company Res de Res & Artigues, a site-specific work that pieces together the death of a relationship through an innovative blend of circus and physical theatre.  Returning to the festival are joint first-prize winners Teatro Sotterraneo (Italy) with their audience-focused laughter experiment Homo Ridens_Birmingham, and ATRESBANDES with Solfatara, an inventive and comic study of fear rising to the surface.  Danish company Out of Balanz return to Birmingham having won Best Performer prize in 2010 with their new production Next Door, while performances receiving their UK premiere include An Opus for Seven Generators by Random Collision (Netherlands), an exploration of youth identity that blends echoes of Spring Awakening with pop music melodrama.

In Autumn three award-winning festival favourites will tour the UK and Spain in a unique evening programme: Best of BE FESTIVAL. The triple-bill of half hour shows will be followed by a chaired discussion hosted by the festival directors, and in certain venues will also feature dinner and workshops. Best of BE FESTIVAL opens at the Barbican (The Pit) and runs there from 9th–12th October, before playing 18 other venues including Birmingham REP, The Lowry, Barnsley Civic, Aberystwyth Arts Centre, The Unity Theatre Liverpool, Derby Theatre and El Matadero (Teatro Espagnol) in Madrid. Tickets for Best of BE FESTIVAL at the Barbican go on sale in June.