The University of Wolverhampton has been working to provide underprivileged students the opportunity to learn and develop English skills. 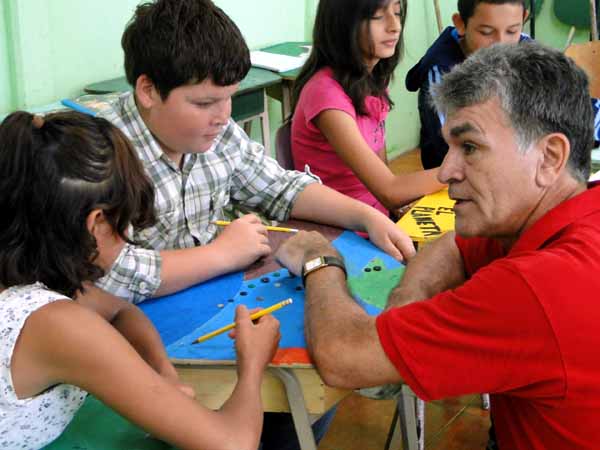 The joint initiative with the Costa Rica Multilingüe Foundation, a non-profit organisation based in Costa Rica gave over 30 students a once in a lifetime opportunity to greatly improve their language skills through the JumpStart Costa Rica program.

By attending the intensive, month-long English camp the students had the opportunity to make new friends, improve their self-esteem and confidence preparing them for high school and possibly university. Two local English teachers co-facilitated the camps alongside a trained volunteer from the United States Peace Corps. For students, JumpStart represented a rare opportunity to practice their conversation skills with a native speaker and learn new dynamic activities for the classroom.

Director, International Jo Gittens said “As soon as we heard about the fantastic English camps Costa Rica Multilingue were conducting in Costa Rica through JumpStart, we knew this was a project which fitted in perfectly with our values. The feedback we have had from both students and staff has been unbelievable. We are immensely proud that the University has played a part in giving students in Costa Rica new opportunities and experiences. We hope to continue the partnership with Costa Rica Multilingue for JumpStart in order to give more Costa Rican students an unforgettable life experience.”

The University contributed financial support for both camps, which provided transport for every student to the camps, school supplies and snacks. It hopes to further support the project in the future by using university tutors to assist with the analytical side of the project, which will review and analyse the improvements in reading, writing, speaking and listening skills using videos taken of the students before and after attending the camps.

The camps based in Sabalito, located just a few miles from the Panamanian border, opened their doors to the 11 to 13 year old students who hailed from the surrounding rural elementary schools.

English education is mandatory for all students in Costa Rica yet English teachers are still absent from nearly half of Costa Rica´s elementary schools. This has resulted in almost one quarter of Costa Rican young learners finding themselves at a disadvantage upon entering high school. English is taught almost universally at the high school level and figures prominently on the national exam to graduate. It is one of the primary tools for socio-economic mobility in Costa Rica, a country that relies heavily on the tourism industries and is home to many multinational companies that demand bilingual employees.

Bryson Childress, the Project Coordinator for MultilingÜe Foundation thanked the university; “On behalf of all my colleagues, thank you so much for all the support that you and your university have shown. Without it 34 students wouldn’t have had a camp to attend.”