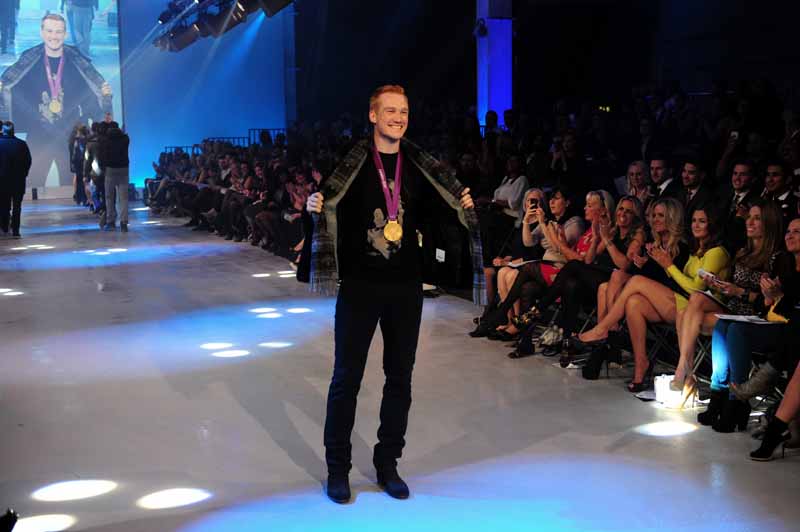 The BCSC’s Purple Apple Awards celebrate excellence in shopping centre advertising, marketing, PR, events and community engagement campaigns and are recognised nationally as the ‘Oscars’ of the shopping centre sector.

The awards took place at a glittering ceremony on Thursday 9 May in London at The Brewery, Chiswell Street, hosted by TV presenter Claudia Winkleman.  Style Birmingham Live was awarded a Merit and recognised by the panel of industry expert judges for boosting major retailer’s sales by 60% over the weekend of the event, as well as attracting footfall of over 250,000 visitors.

The winning event strategy focused on creating a ‘shopping festival’ atmosphere in Birmingham by delivering a city wide event centred around a high quality and engaging catwalk show that put Birmingham retailers in the spotlight.

Presented by actress Martine McCutcheon, with a special appearance from Olympian Greg Rutherford, the event featured six major fashion shows, with a sell-out audience of 3,000 shoppers. The event encouraged visitors to spend an entire day in the city centre through pre-promotion of hundreds of retail and restaurant offers and in-store events, as well as an incentivised shopping voucher to encourage repeat visits.

The catwalk show venue creatively utilised space within the shopping and lifestyle destination The Mailbox, with events also taking place at Bullring and stores throughout the city including Selfridges, Harvey Nichols, House of Fraser and M&S.

Planning for this year’s Style Birmingham Live AW13, which will take place on 28 September, is now currently underway and the event details will be launched to the public during June.

Steve Hewlett, BID Manager at Retail Birmingham, said: “It is a great honour to receive this award on behalf of Birmingham city centre retailers and is testament to the hard work put in by the team at Retail Birmingham in delivering a successful event. It reinforces Birmingham’s position as a leading retail destination and we look forward to delivering another fantastic event for shoppers later this year.”

Tarah Hewitt, Marketing Manager at The Mailbox, said: “This is wonderful result for Retail Birmingham and Style Birmingham Live as the city’s flagship fashion and shopping event. We’re delighted to have hosted the event and some of our stores and restaurants had their busiest trading day of the year and footfall significantly increased as a result of the show.”