Laurence Inman is in love, but it’s a very weird kind of thing. 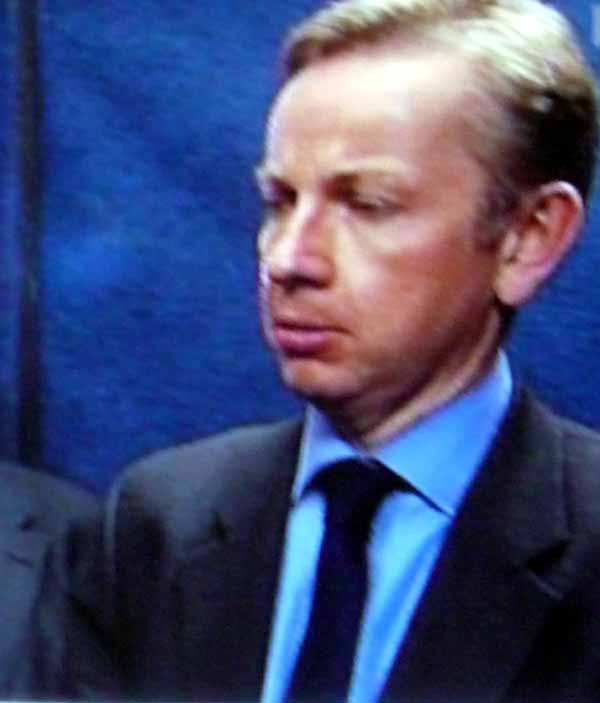 I love his chubbly little dimpled face and his cheeky grin. I adore his sculptured, grammatical sentences. I could watch his purposeful strut all day; it puts me in mind of every sub-prefect, assistant milk-monitor and arse-licking teacher’s earole I knew, loved and trusted at school.

I really hope that the assembled ranks of professional educationalists, academics, lefty unions and bone-idle thick parents don’t manage to scupper his plans for the future of the country’s schools, because by thunder it needs a steady hand on the tiller just now.

My own kids chortle and splutter themselves weak when they hear of what I had to endure in my childhood, for years, in a civilised Christian country, mind! Days off school because of snow ? The idea was literally unthinkable! I trudged through eight-foot drifts every morning for fifteen long months during the winter of 1963, often without socks and shoes, only to find myself, on arrival, at the end of the queue for those to be caned for being half a minute late. This in turn made me late for early morning Latin, which meant another caning. And so the years unwound. But it never did me any harm! And now, at parties and other social gatherings, if I hear anyone using the wrong gerundive ending, I can correct and humiliate him or her without any apprehension or fear of contradiction.

Gove wants something of this spirit to be re-injected into the spineless ninnies of today, and who can deny that they need it ? So, bring on the twenty-hour school day, the six-and-a-half-day week, the fifty-two-week term. Today’s young should know that life is a race and the spoils go to the fleet and the strong, not the mewling crap-for-brains we see prancing around us in the litter-strewn streets.

They’re laughing at us in Japan!

Laughing, I tell you!