Today the Government has endorsed Lord Heseltine’s review “No Stone Unturned”, which recommends a single funding pot strategy for cities. 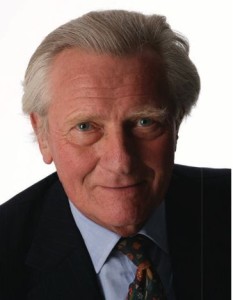 As part of his review, Heseltine used Birmingham as a blue print for how the model would work at the city level which is summarised in a report, “The Greater Birmingham Project: The Path To Local Growth”.

In response, Paul Kehoe, Chief Executive of Birmingham Airport, said:  “We welcome Lord Heseltine’s recommendations and thank him for the time he spent in Birmingham understanding the potential that cities like ours have. His report rightly recognises that for the national economy to prosper, we need to unlock the potential of economies across the UK.

“Lord Heseltine recognises that airports are at the heart of future growth strategies for our cities, opening the door to international markets and plugging them into global wealth. A city’s economy is only as good as its national and international connectivity, which is why investment in transport must be at the centre of any growth strategy and we will be putting this case to the Airports Commission.

“At Birmingham Airport, we could double the number of passengers overnight and our investment in our runway extension means that we will be able to serve high value markets like the BRIC economies from next year. We are committed to playing our role in helping Midlands’ businesses reach their full potential, and in so doing to maximise the economic growth potential of Birmingham.”

Birmingham Airport’s report, Don’t put all of your eggs in one basket: a challenge to aviation orthodoxy, argues that in order for the whole of Britain to capture the economic benefits of changes in global travel, the Government must fully utilise existing airport infrastructure and pursue a balanced aviation strategy.