One of the country’s leading David Bowie tribute acts will be performing at The Public on Saturday 11 May.

Seamlessly impersonating the mannerisms and changing styles of the much loved pop icon, John Mainwaring will have the audience singing along to all the hits including Jean Genie, Starman and Ziggy Stardust. 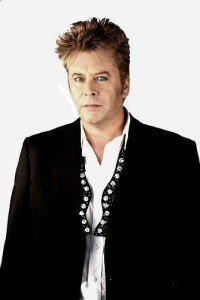 Over the years John has worked with many household names such as Jarvis Cocker, singing and starring in Pulp’s Bad Cover Version video, and more recently co-writing and recording all the music for Beverly Callard’s (Liz McDonald from Coronation Street) work out fitness DVD.

As well as performing as David Bowie in Jean Genie, John is currently signed to Bucks Music publishers in London.  His latest achievements have been writing 3 songs for Tony Christie’s million selling album The Definitive Collection, plus numerous theme tunes for BBC Radio.