Dr Osborn: Forced to fight a medical claim after her husband’s death

Her husband’s illness came with a $300,000 bill from the US health system.  But the  insurance company only came up with a paltry $40,000,  Dr JULIA OSBORN  had a fight on her hands. Here’s a bitter indictment on how the  American hospital world operates and why so many voters back Obama because of his reforms:

We were lucky. We told each other that every year as we walked to school, signed our names and voted. Lucky for the peace, for the order and for our freedom to vote without fear. Lucky for our home, our healthy children, our health care benefits  and our jobs . How good to live in a democracy, we told each other.

On July 29, 2007, in a little Maine cabin beside a lake,  Marshal, my husband of 37 years, fell out of bed unconscious. Soon the local volunteer ambulance corps was bumping down the dirt road. “Do I need to pay you?” I asked. “No, they said, your insurance will cover it.”

An hour later, at the Maine Medical Center in Portland, I gave our insurance information to the ER secretary; doctors began working on Marshal.  The diagnosis: a partial aortic dissection and the need for immediate open-heart surgery.  Marshal would certainly die without it. He was beginning to have kidney failure.

We dug up medical history from terrified memory and signed the papers. Late that night, my husband was alive, barely, and heavily drugged in the ICU. More gratitude.  A top hospital, and a top cardiac team had saved his life. Luck was with us again. Marshal was in the ICU for three weeks, while nurses, cardiologists, pulmonary specialists, infectious disease specialists, physical and occupational therapists all tended him with extraordinary skill and knowledge. 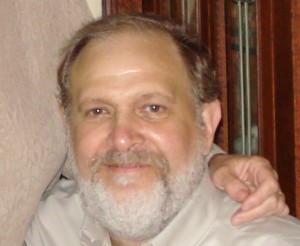 When he finally sat up in bed, he and his cardiologist reflected on his improbable recovery — my husband’s chest, when opened, was “a train wreck.” His loud laughter filled the ICU. He was a medical success story. We felt lucky and very grateful.

We moved Marshal to an NYC hospital to complete his recovery and be closer to Brooklyn where we lived. Five weeks later, my husband returned home to face a long recovery. When he saw the stack of bills from Maine, he assured me that Empire BlueCross BlueShield would pay them.

But we soon discovered our well-regarded insurance company had declared the surgery, the ICU and all the medical attention “an out of network, voluntary procedure.” Of course, no man volunteers to have his aortic artery ripped open or to have open-heart surgery while on vacation. But the insurance company was not in a rush to correct the mis-coding.  They said that they needed a formal case review to correct this obvious mistake. On September 27,2007 our insurance agent requested a case review.

Unfortunately, our luck ran out early on the morning of October 1. Marshal died in his sleep.  He had been home a week.

My children and I  grieved.  Dozens of family and friends descended upon my home. We cried and laughed, remembering my bear of a husband, a kind and generous man with a child-like ability to have fun. He had been popular and much loved.

On October 15, Empire Blue Cross and Blue Shield, in response to the case review, sent a form letter, signed by Joyce D. (no last name, no direct contact information) saying that the bills were appropriately coded. Enclosed with the form letter was a partial summary of bills for $317,174, of which about $40,000 would be paid by the insurance company. I was frightened and uncertain how to proceed but I was also determined. I began to process bills from the ambulance service, the Maine Medical Center and 10 specialists.  For out-of-network, voluntary medical procedures, BlueCross and BlueShield pays the patient directly and so small checks began arriving for Marshal.

Yes, the company knew he was dead; it had cancelled our insurance  on October 2, the day after his death. My children and I were on COBRA, with new medical cards and new numbers. For the next six months, I would receive checks made out to him.

Meanwhile, I made countless calls to Maine, spoke to billing secretaries, photocopied and countersigned checks and sent them off.  The payments, pennies on the dollar, were not sufficient. The bills continued for months, some came with threats about collections. The phone rang with requests for payment and threats of collections. Every BlueCross BlueShield representative agreed that the ruling was wrong but said they had no authority to change it.  None offered a last name or direct phone line.

Heroically, my tenacious and well-connected insurance agent stepped in and began calling contacts high up in the company.  By January 18, 2008, 36 claims had been paid in full and 10 more were to be reprocessed because he had pushed his contact in the company to review the claims.  Yet, the ambulance bill still had not been paid.

More checks — still small, but when combined with the first ones, almost adequate — began arriving.  Again in January (3 months after Marshal’s death), I began the process of calls, photocopying and recording, and signing and forwarding checks to the providers — more than 50 payments in all. In March, 2008, eight months after calling for an ambulance in  Maine, the BlueCross and BlueShield reimbursement for that service arrived in the mail.

Relieved, I called the ambulance service to say payment was on its way. Here’s what I was told:  “We usually don’t get reimbursed for taking New Yorkers to the hospital; their insurance often doesn’t pay us, unless the patients fight for it.”  I was appalled — and humbled — that the ambulance crew was so helpful, even as they knew then that the service would probably not ever be paid.

Those six months of reading medical bills had forced me to relive the agonizing details of my ICU vigil. Seeing how my husband calmed in my presence, the ICU staff allowed me to stay with him from 10AM to 5 PM each day. I remembered each procedure and each professional vividly. Each day the mail brought memories of that terrible time: the faces, words, sights and smells that signified fear, exhaustion, uncertainty and the possibility of death.

In addition, because of those bills, I faced the prospect of selling my home or using my husband’s life insurance to pay the medical bills (knowing I had to keep my good credit to successfully take over his business). I also neglected my own work –I’m a child psychologist- in order to  process the paperwork.

A physician friend who had worked, briefly, for Empire BlueCross told me similar stories.

The insurance company’s practice was to deny payments, even for valid claims. For those who persisted in the arduous review process, legitimate claims would eventually be paid but when people gave up, Wellpoint, Empire’s parent company, earned higher profits.

That pleased the share holders. The strategy was profitable; Wellpoint’s net income in the fourth quarter of 2007 was $859.1 million; their net income for 2008 was $2.5 billion.  My physician friend, committed to good medical care, fled the company as soon as he found another position.

Reflecting on this experience, five years later, I know I was fortunate.  I am well-educated, well-organized, smart and persistent. I had health insurance. My husband had worked long and hard, six days a week, to create and maintain a business that was profitable enough to offer health insurance to all its employees. I was fortunate that he could and did do that. He played by the rules that many of our politicians tell us will work for all Americans. I was fortunate that I could make the time to spend 10 to 15 hours a week for six months to force Empire BlueCross BlueShield to honor its obligations.

If this is the story of a lucky woman, then only God can help the unlucky, the uninsured, the people too sick, too poor, too uneducated and too beaten down to fight an insurance system that places money first and people second.

I will continue to vote in and be thankful for this democracy. But I will never vote for anyone who says that health care is an individual responsibility. As a widow, I know that  my children and I  need the protections of the current health care law.  I will vote for the Democratic candidates who promise to maintain those protections.

The author is a New York State licensed psychologist who specializes in the care and education of children and adolescents. Her husband, Marshal Dutko, owned a business  in Manhattan.