Ash dieback disease has been identified in Norfolk. The Wildlife Trust for Birmingham and the Black Country is appealing for help spotting the spread of the infection. 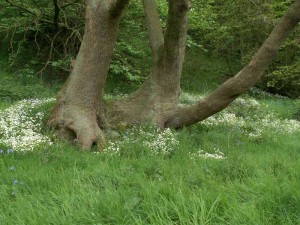 As Defra Secretary of State Owen Paterson prepares to meet the Forestry Commission (this weekend) to consider what action to take to control Ash dieback disease Chalara fraxinea, The Wildlife Trust for Birmingham and the Black Country urges members and supporters to report potential sightings of infected trees. The hope is that the ecological impacts of this devastating disease can be minimised.

Olivieri said: “We are concerned about the spread of this disease as the 47 Wildlife Trusts around the UK manage around 93,000 ha of land which includes woodland.  It now seems likely that the disease is present at Norfolk Wildlife Trust’s nature reserve, Lower Wood Ashwellthorpe, an ancient woodland and a Site of Special Scientific Interest.

Simon Atkinson of The Wildlife Trust for Birmingham and the Black Country added: “Ash trees are a really important feature in our local landscape and we are ensuring that our reserves officers keep a close eye on the health of them on the sites we manage.  In woodlands they play key roles, such as supporting rare woodland flowers, a rich invertebrate fauna and important lichens. Their loss would have a dramatic negative impact on our natural environment and the look of green spaces around Birmingham and the Black Country.”