“Who is responsible for recording and documenting the names of the dead?”, asks NATO Watch director Ian Davis 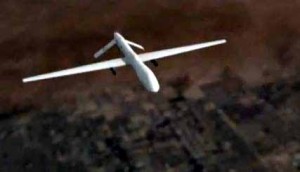 International observers report that more than 30,000 people, mostly civilians, have been killed in Syria since the outbreak of the revolution against the rule of President Bashar Al Assad in March 2011.  Who is responsible for recording and documenting the names of the dead?  Is casualty recording ever feasible amidst such chaos?  And what are the benefits of carrying out such work?

According to new research published earlier this week, states, inter-governmental organisations and civil society should all be taking steps to improve and support conflict casualty recording, even in the most dangerous and repressive of environments.

The Every Casualty programme at UK-based Oxford Research Group has published the largest-ever study into casualty recording practice worldwide.  Conducted over two years, the study examines the work of 40 practitioner groups and individuals working in different conflict and post-conflict environments.

The project provides fresh and authoritative insight into how the recording of deaths from armed conflict is being carried out around the world, the issues its practitioners face in carrying out this work, and how they can be addressed.

The research was funded by the Swiss Government and the United States Institute of Peace (USIP). The findings, published in a series of papers into practice and an additional policy paper, ‘Towards the Recording of Every Casualty’, were launched at USIP’s headquarters in Washington, D.C. on 22 October.

The research finds that the global state of casualty recording is currently inadequate, with civil society organisations stepping in to fill the gap as best they can.  In Syria, for example, civil society groups are systematically documenting, compiling and regularly publishing details of casualties in the on-going crisis, filling the gap left by parties to the conflict. The international community’s interest in Syrian casualty data is combined with perceptions about the ‘unverifiability’ of such information. This indicates the need for common understanding of how casualty figures are collected and published.

The research concludes that full and detailed casualty recording not only puts the human consequences of armed conflict into the public record, it addresses the rights of victims and their families, assists conflict-affected populations, and is essential to lesson-learning by governments, militaries, and other parties to conflict.

The conflicts in Afghanistan and Libya have brought into focus both the omission of conflict parties and other actors, including NATO, to record casualties comprehensively, and a general lack of understanding of what is required for robust and useful casualty recording.  In Libya, one year after the end of the conflict, there has still been no comprehensive investigation into casualties in the conflict as a whole. The absence of such casualty recording means that both families of the victims and the international community still do not know the full effects of the conflict on the population.

Another key finding of the report is that despite the different approaches that exist within the field of casualty recording practices, all approaches contribute towards a fuller account of a conflict and its casualties, and it is essential to do as much recording as can safely be done at any given stage in a conflict.

Speaking at the launch of the research in Washington, the report’s leading author, Elizabeth Minor said: “Our research has shown that useful casualty recording can be done even in situations of extreme difficulty. Recording work is often done by small, very underfunded NGOs. This offers states and intergovernmental organisations a clear and immediate opportunity to support casualty recording. Our report lays out a number of straightforward recommendations for their consideration. For instance, they can commit to collecting, pooling and publishing casualty information when they are engaged in conflicts, they can engage with existing practitioners and work to remove some of the obstacles that they face. There are already efforts among practitioners to develop and improve practice across the world, and such efforts should be immediately joined. Our report has highlighted the key elements of this good practice in a way that offers a resource to anyone wishing to start, improve or support casualty recording.”

NATO Watch director Ian Davis added: “We have continually called upon NATO to put resources into, and be fully open and transparent about, civilian casualties.  This excellent study not only shows that recording casualties is entirely practicable but also why it is in the long-term interests of the Alliance for accurate casualty recording to be undertaken in all NATO operations”