Birmingham Science Park’s LAUNCH Conference will see a digital gaming company awarded £25,000, plus the opportunity to develop its winning concept for PlayStation Mobile in conjunction with Sony. 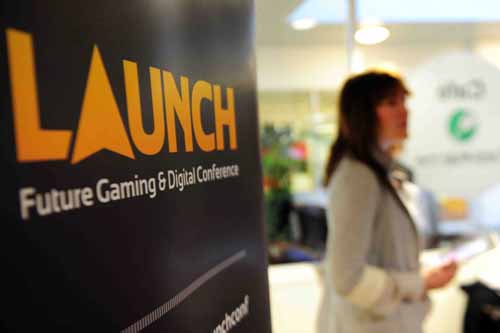 In addition to the LAUNCH Awards, two-day programme of keynote speeches and panel discussions, this year’s Conference will feature the five finalists of the PlayStation Mobile Prototype competition, with the winner of the £25,000 prize selected at the event. The funding opportunity has been made possible through collaboration between Sony Computer Entertainment Worldwide Studios Europe, acting through its External Development Studio (XDEV); Creative England; and Birmingham Science Park.

The £25,000 fund has been created to deliver a PlayStation Mobile concept/prototype, including a presentation of the game, design briefs and visualisations that are representative of the proposed final quality. The aim is for the selected indie developer and Sony to have the game ready for full consumer trial by summer 2013. Sony’s XDEV studio will have the first right of refusal in regard to publishing the final game.

Dr David Hardman MBE, CEO of Birmingham Science Park said: “The LAUNCH events programme and Conference is one of the largest activities of its kind for the UK’s digital gaming industry. To be able to showcase this new £25,000 fund for a games concept, which also enables the winner to work alongside Sony, is a very exciting addition to the itinerary for the LAUNCH Conference on 13th and 14th November. We are grateful to Creative England and Sony for enabling this ground breaking initiative to take place.”

James Hawkins, Executive Producer for Sony’s XDEV said: “The beauty of our new PlayStation Mobile initiative is that small teams and even bedroom coders can use it to create a great game. The PlayStation Mobile development studio is freely downloadable and this initiative provides an opportunity for smaller developers with little, or even no PlayStation experience, to check it out and make a great new game. It will also enable XDEV to meet passionate and talented teams within the UK, and for us to hear all about your great ideas.”

The LAUNCH Conference will provide delegates with an insight into the industry’s latest innovations, trends, online tools, computer game and mobile products and services. Delegates will also be able to get hands-on with cutting-edge technology via the interactive exhibition, which will feature a dedicated showcase for gaming start-ups to demonstrate their latest creations.

David Hardman added: “The UK games industry is the second largest in the world after the US, and the West Midlands is home to 25 per cent of the country’s total games workforce.  This region has become a hub for games and digital media, with Birmingham Science Park’s Faraday Wharf building being home to 10 games studios.

“The LAUNCH Conference provides a wealth of knowledge and subject matter that is perfect for anyone in the gaming or digital industries, ranging from students, graduates and anyone looking to launch a career in gaming, middleware or engine development, to course leaders, industry experts and gaming entrepreneurs.”

For more information and to book a place at the Conference, visit www.launchconference.co.uk.